Welcome back to Shitbox Showdown, where we go hunting for lawn ornaments. Today, we’re getting apocalyptic with it. You know, cars that would probably still exist if something world-altering happened tomorrow. But first, let’s check in to see which of our Hawaiian machines emerged victorious. 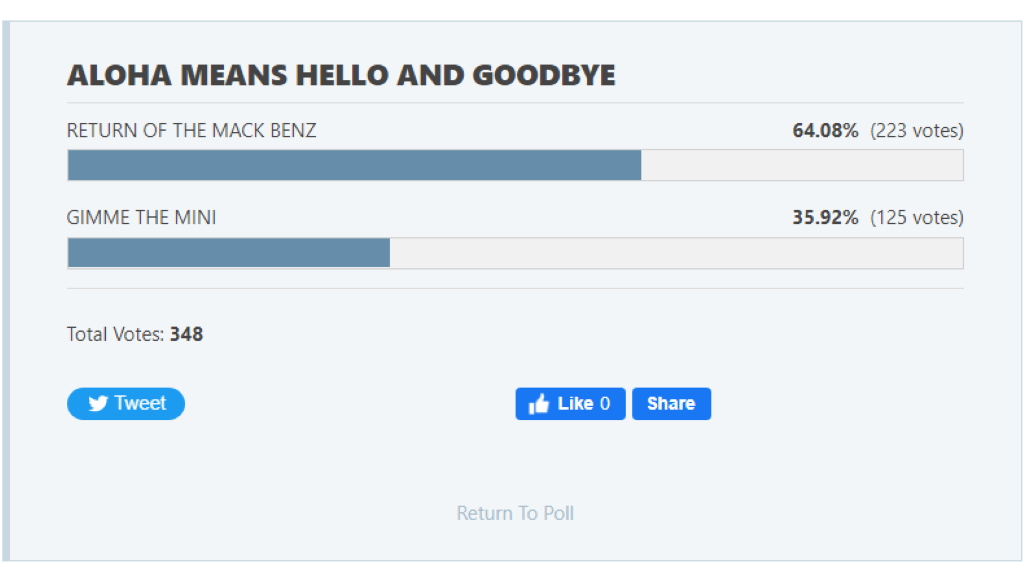 Return of the Mack, baby. The Mini is great, but the SL500 is just baller, so I’m not surprised it got the win. Anyway, let’s talk about cars for the end of the world. Dirt-cheap, indestructible machines that’ll keep going with virtually zero maintenance and shrug off having to ram debris. Let’s face it, if the end of the world does happen, it’ll more likely be climate-related than zombie-related, so reasonable ground clearance and a full frame to get through the aftermath of extreme weather events sounds nice. So, here are the challengers, which one shall triumph? 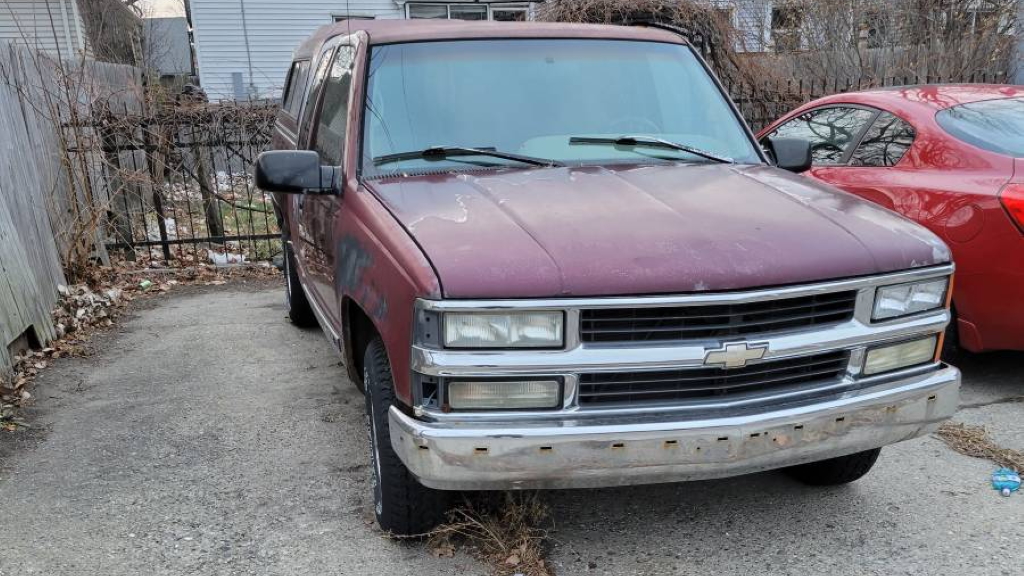 If you want a cheap truck that’s basically indestructible, it’s hard to go wrong with a 305-powered GMT400. Not only were these trucks immensely popular, they feature notably improved refinement over a squarebody yet maintain an air of running badly longer than most vehicle will run at all. Classic GM, am I right? 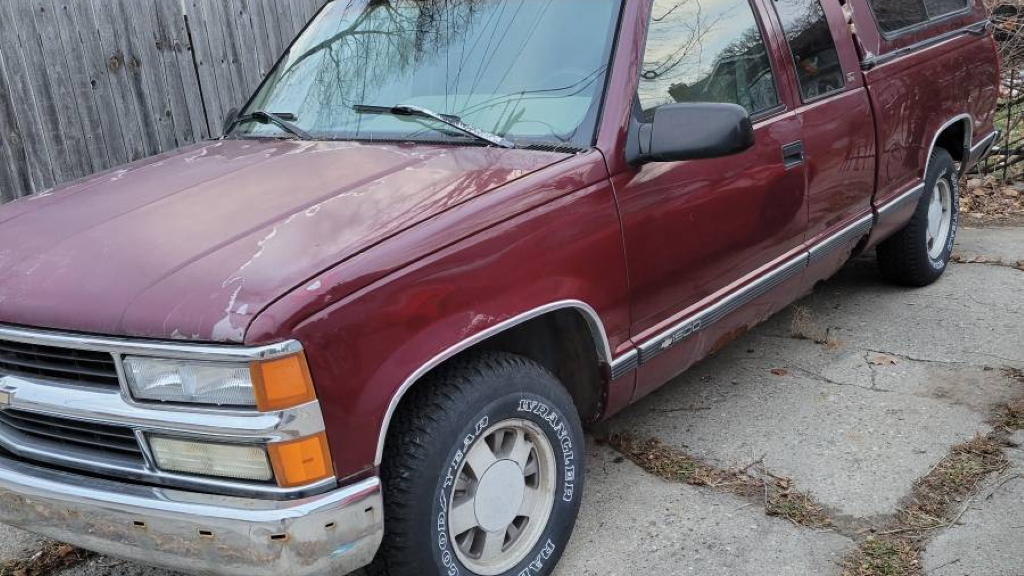 Under the hood of this beaten Silverado sits Chevrolet’s infamous 305 five-liter small-block V8. It’s not exactly a powerful lump, but it’ll get you wherever you need to go, no matter the circumstances. Best of all, it’s not torque-rich enough to really trouble the 4L60-E four-speed automatic gearbox. 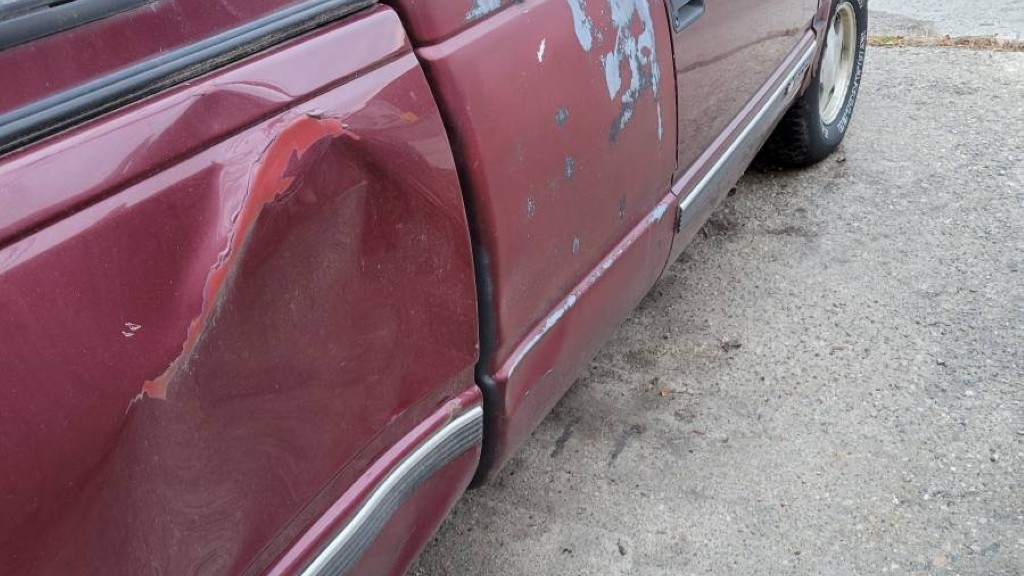 Even from 50 paces, I feel like this truck would look pretty rough. It’s packing Michigan rust, dents, missing trim, and cracked corner lenses. Still, there’s something rugged and relieving about it, almost like freedom from caring. This is a truck that could see some serious mayhem and come out the other side looking no worse than when you bought it. 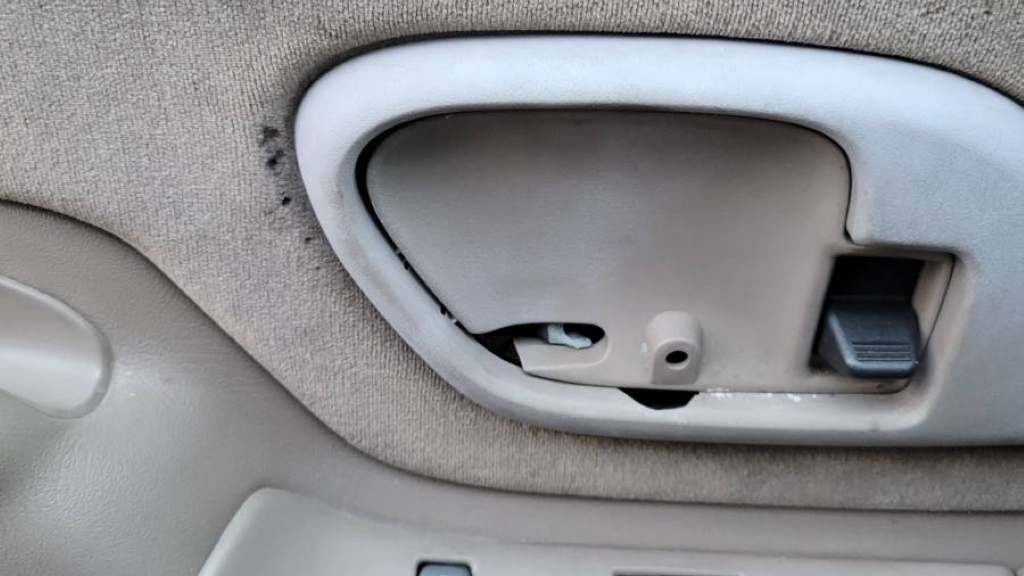 The only interior photo is of a broken door handle, and knowing this generation of GM trucks, I wouldn’t be surprised if the upholstery is slightly tired. The seller claims that the interior’s nice other than the broken handle, but I’m pressing x to doubt here. 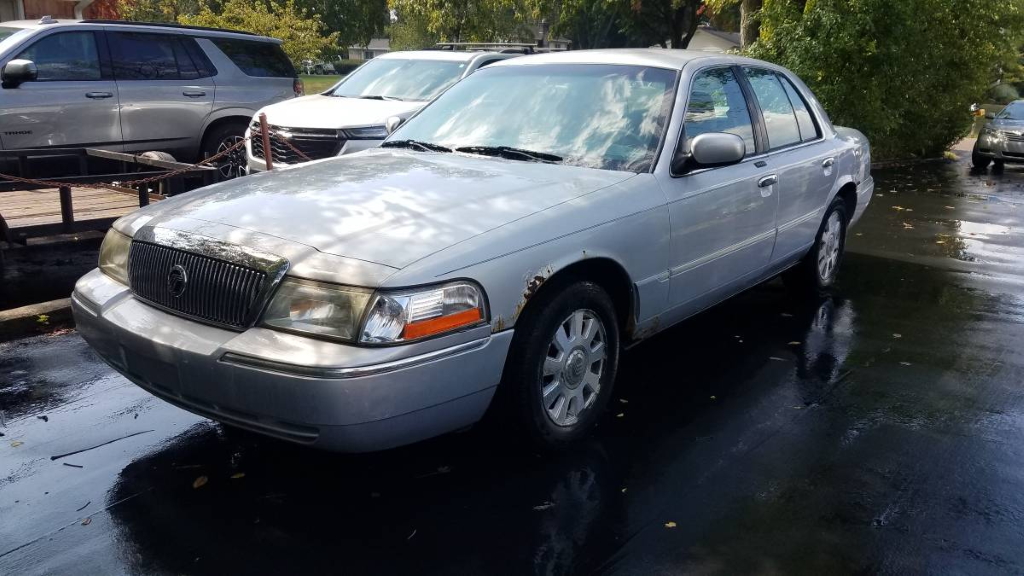 Ah, the Panther platform. The proven choice for cabbies, cops, airport chauffeurs, and even Bob Bondurant. It’s the last full-frame sedan architecture sold in America, and it underpins this Mercury Grand Marquis. This 2003 model is even the first year of the ultimate frame revision, meaning you can crib parts from the litany of ex-cruisers littering junkyard across the nation. 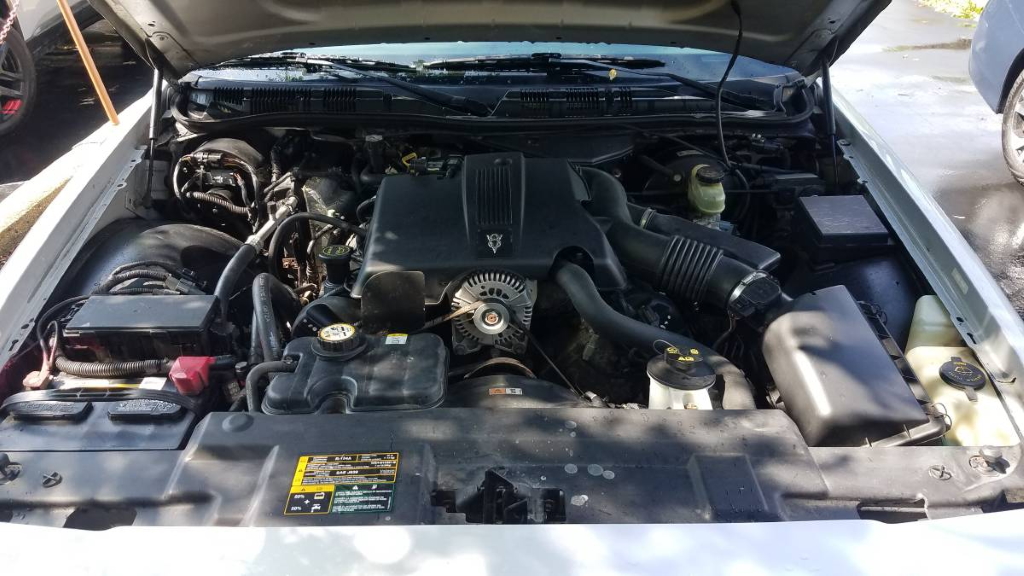 Under the hood of this Grand Marquis sits Ford’s two-valve 4.6-liter modular V8 hitched to a four-speed automatic gearbox. It’s not a quick combination, but it’s stout and will run on whatever vaguely combustible pisswater you can find. Old fuel with twigs in it? Throw it in the tank, 4.6 won’t care. 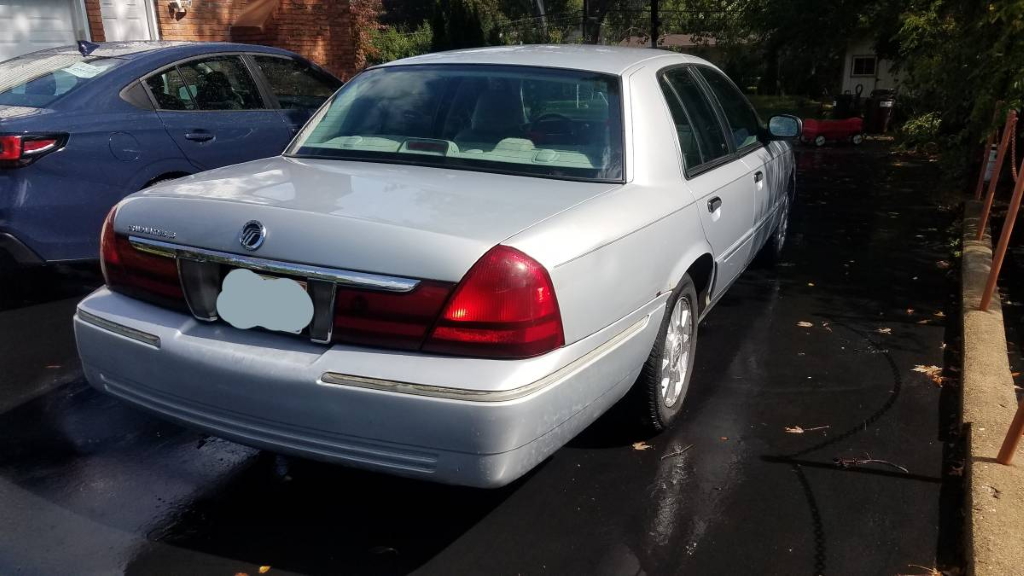 On the outside, rust is eating at this Grand Marquis in the same places they all start to go, in the front fenders and along the bottoms of the doors. Hey, it’s a full-frame car, so why care about rust if it’s not structural? However, this thing looks fairly good aside from the rust, with none of the bumper hockey scars often associated with cheap cars. 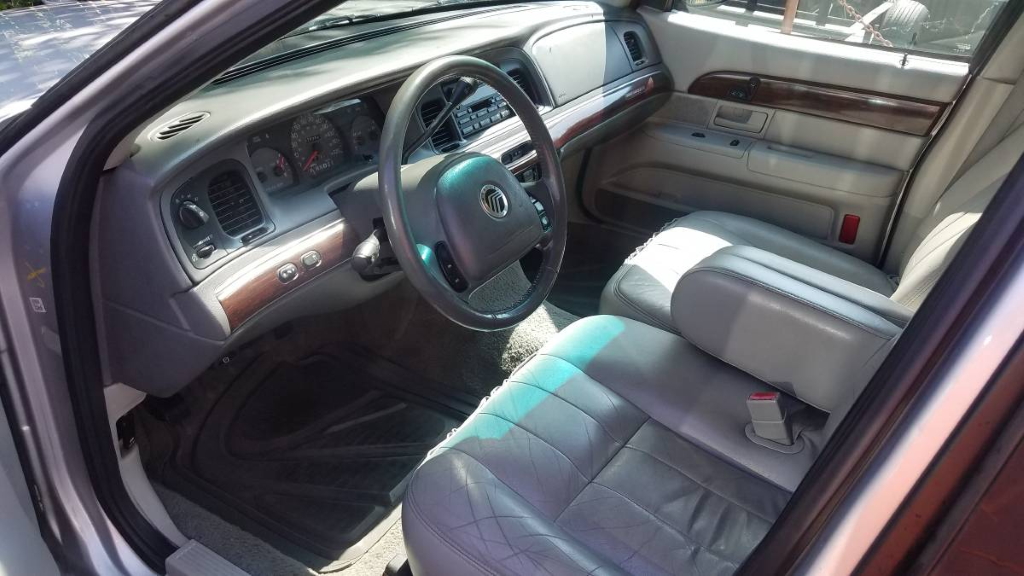 Thankfully, the interior of this Grand Marquis actually looks quite nice. The seats look clean, the trunk looks immaculate, and the seller even claims that the air conditioning blows cold. Forget a beater with a heater, ride in luxury with this thing.

So there we are, two very solid vehicles for the end of the world. One’s a whole lot more expensive than the other, but cost seems directly related to condition. As usual, choose wisely.

Moving Is Terrible And Moving David Is Worse: Day One On The Road (UPDATE: St. Louis Reader Meetup!)!)

Thomas is a Nu Rave-blaring, heel-toe downshifting, maple syrup-swilling, chassis-geeking, junkyard parts-hauling, floppy-haired scenester who's been writing about cars since college. His current ride is a 2006 BMW 325i with the six-speed manual gearbox. Instagram: @thomas.hundal Twitter: @thomashundal
Read All My Posts »
PrevPreviousWas The Crossover Invented By Henry Dangel? Cold Start
NextTesla Is No Longer One Of America’s 10 Biggest CompaniesNext