Everybody Have Fun Tonight: 2002 Volkswagen Cabrio vs 1992 Toyota Paseo 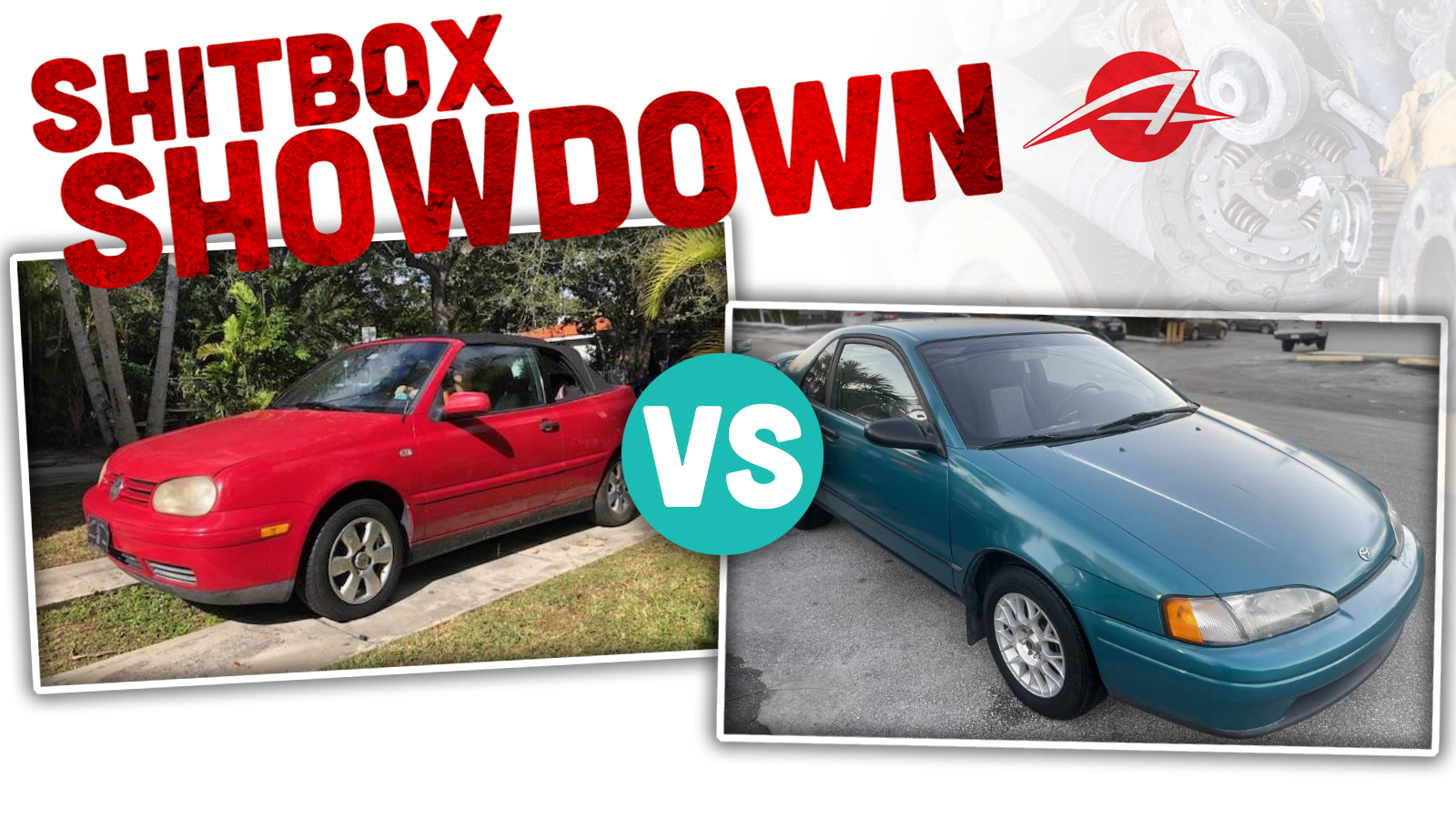 Welcome back to Shitbox Showdown, may I interest you in some dried apricots? It’s a snowy week in Toronto, so I’m doing what many Canadians do and jetting off to Florida. Mind you, this is more of a virtual visit to the alligator state in search of some cheap, fun economy cars. Before we jump into things, let’s take a gander at how our battle of reasonably-priced luxury sedans went. 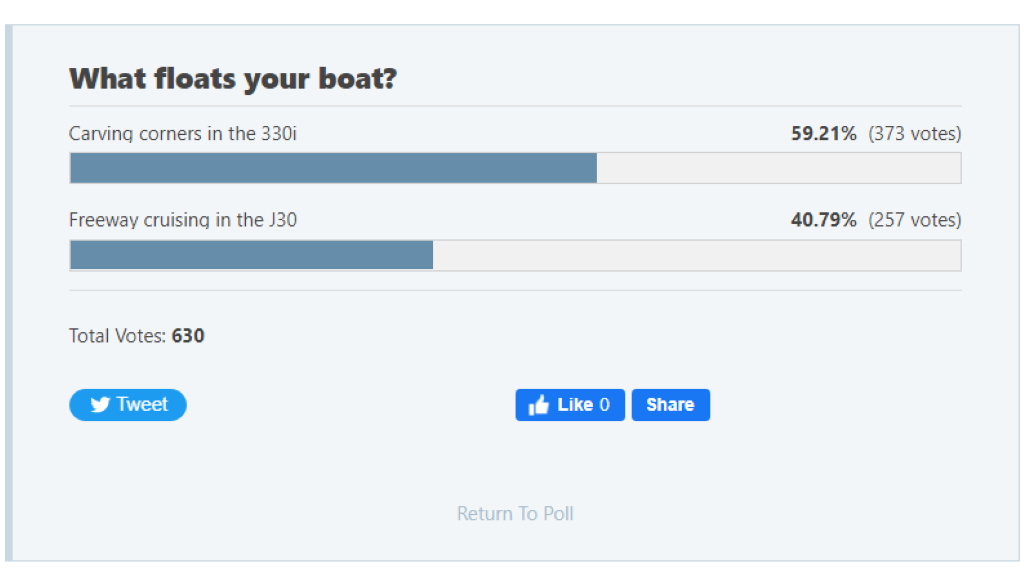 It looks like good things come in threes, as this rather cheap 330i pulled out a win over the Infiniti J30 with almost 60 percent of the vote despite its automatic gearbox and need of a steering rack. Hey, at least parts support is plentiful, although I’d be a bit concerned about the trunk floor. Anyway, fun economy cars. They used to be absolutely everywhere, from Ford ZX2s to Nissan NX2000s. Not all fun economy cars were performance-oriented, but they always had a more interesting image than a standard sedan, and they’re quite sorely missed. 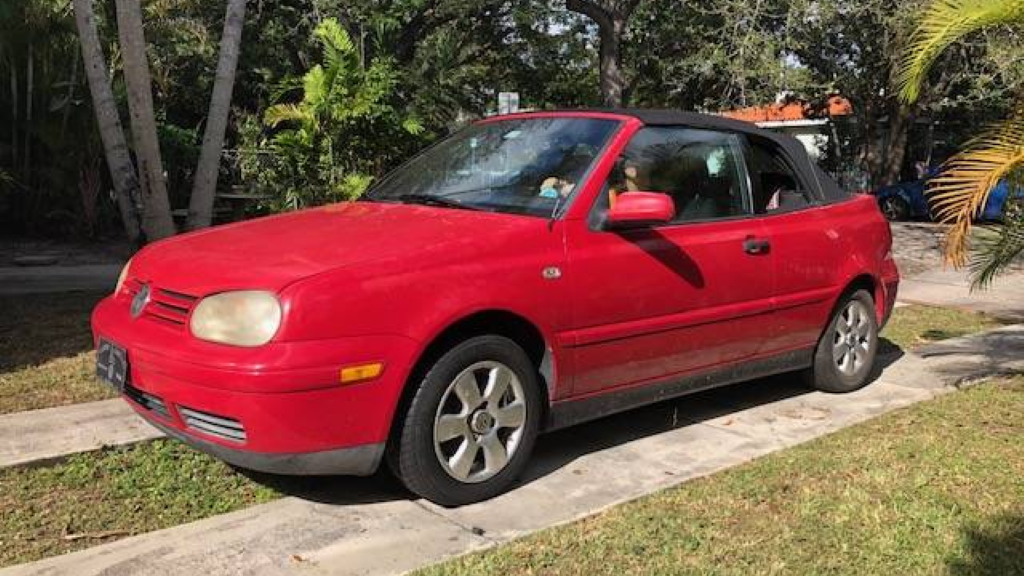 Let’s kick things off with a car I’ve always wanted. This millennium-era drop-top Volkswagen that conjures up stereotypes of listening to Nick Drake, wearing plastic-rimmed glasses, and setting a moody away message on AIM. While everyone was fawning over the New Beetle Cabriolet, the Cabrio was a bit nerdier, a bit stranger, and secretly the cooler choice. It’s quietly brilliant, an airy and roomy small cabriolet with a wonderfully unusual form. 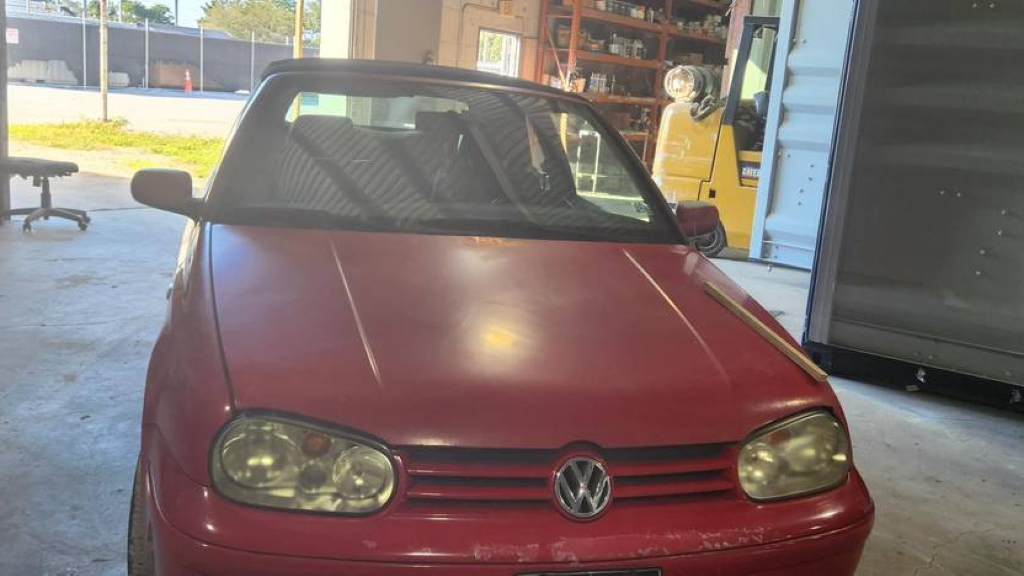 As with all U.S.-market Cabrios, this one’s powered by a two-liter eight-valve iron block four-cylinder engine that feels roughly as old as sliced bread. Not exactly a powerhouse, but a reliable engine nonetheless. Damping the excitement factor is a four-speed automatic gearbox that’s perfectly adequate for daily use. However, those seeking more excitement know that this Cabrio would be a fantastic base for a build, seeing as how it’s essential a Mk3 Golf. Whether swapping in a manual and warming over the stock engine or going crazy with a trumpeting VR6, this thing’s ready to be the Volkswagen of your dreams. 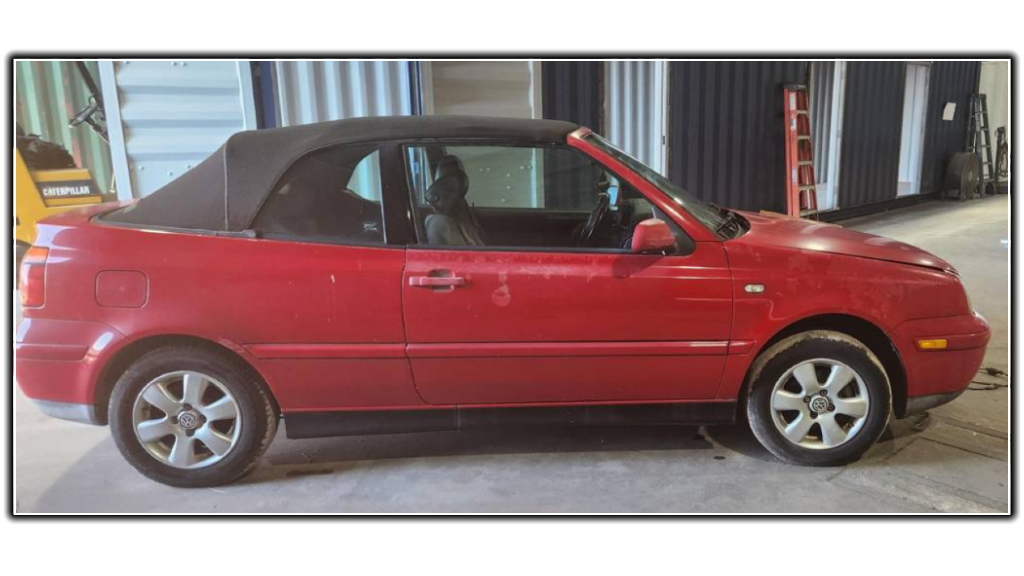 On the outside, the clearcoat of this Cabriolet has seen better days but the body itself seems fairly straight. What’s more, the pricey soft top looks to be in great shape, perfect for the days when the weather isn’t exactly balmy. Oh, and the relatively rare fenders seem fairly un-dented, a good thing considering how much of a bastard sourcing replacements may be. Plus, the original owner went for a fantastic shade of red paint, the shape of this thing is just handsome in a slightly dorky way, and the Cabrio was the last Volkswagen ever to be assembled by Karmann. That’s legendary pedigree right there. 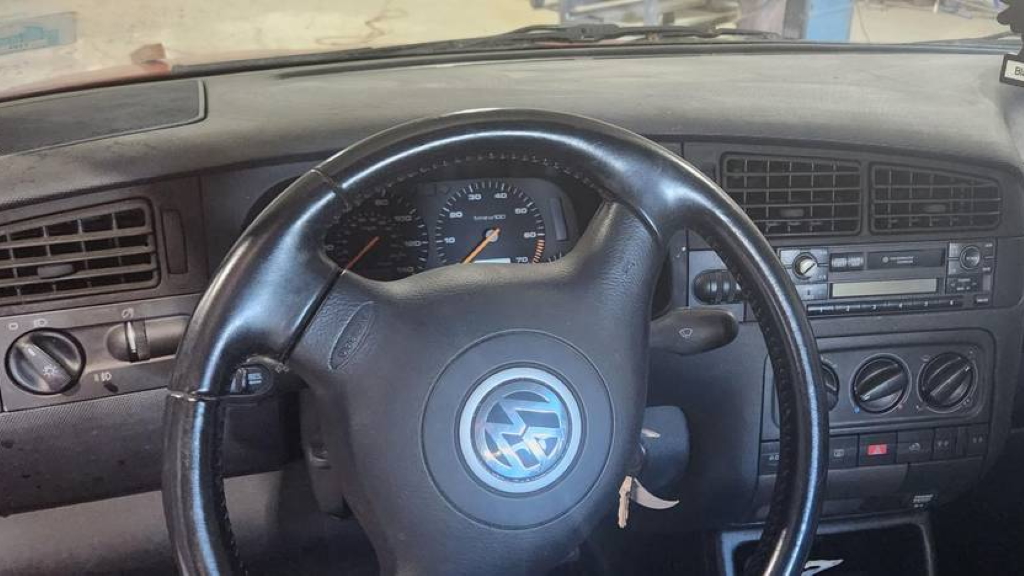 Moving to the interior, there’s not much to see other than a very ‘90s dashboard with a very 2000s steering wheel. Ah, I can smell the crayons through my computer screen. In all seriousness, the tightly-grained plastics gave the Cabrio an air of quality that was hard to find in entry-level drop-tops of the time, plus the driver-centric cockpit is pretty damn awesome. Who wouldn’t want to drop the top and hit the open road in this morsel of German magnificence? 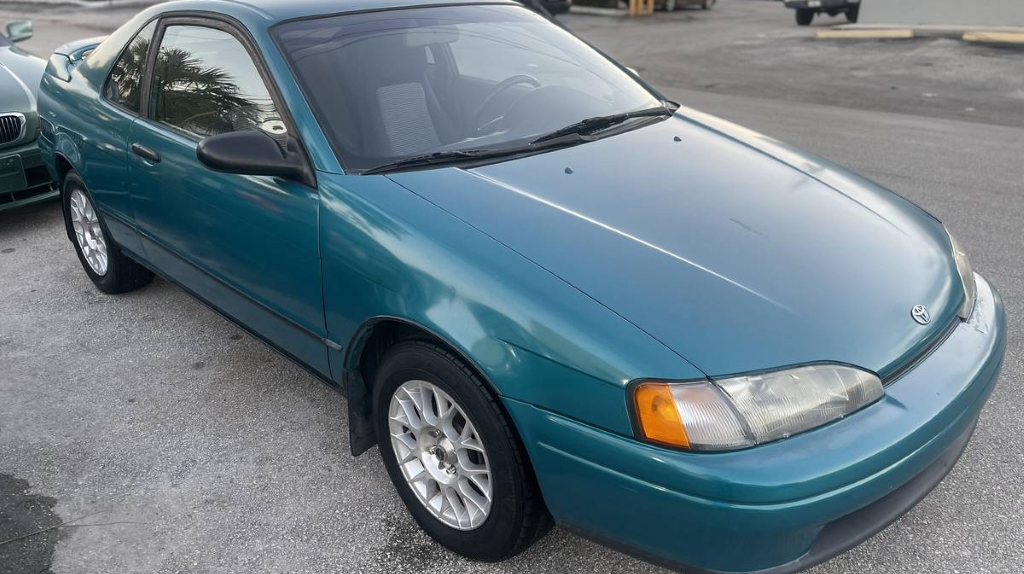 From the return of Crystal Pepsi to varsity jackets, ‘90s nostalgia has kept pop culture in a chokehold for the past few years. Why not drive a very ‘90s car? Sure, they have all the structural integrity of wet tissue and often feature a list of amenities shorter than a manifest for a dinghy, but they often have style at every price point. Case in point, the Toyota Paseo. 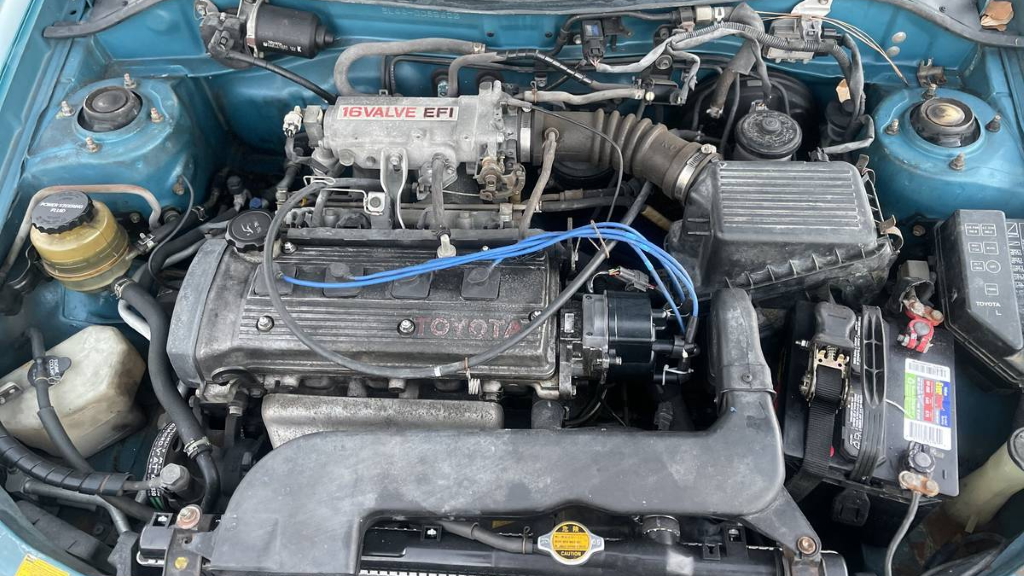 Sitting underneath the pretty teal paintwork are the humble bones of the Toyota Tercel, a car known for being more durable than Willy Wonka’s everlasting gobstopper and more economical than a RyanAir flight. The 1.5-liter 5E-FE engine won’t set your world alight, but the five-speed manual gearbox should liven things up a bit. Mind you, it’s not like the Paseo has much weight to push around, so I bet it’s pretty eager by today’s standards. 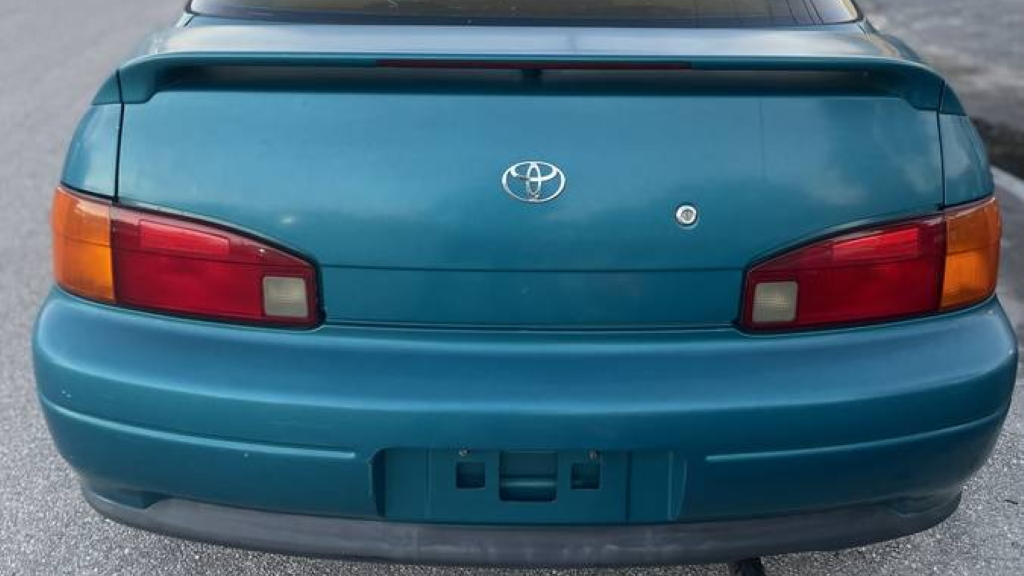 On the outside, teal! Sorry, I’ve got the zeal. The zeal for teal. It’s just such a fantastic color for a car of this sort. The Paseo was Toyota’s entry-level fun car for people who couldn’t afford a Celica but wanted something more dashing than the average economy car. This one looks to be in great shape, having escaped the ravages of salt. 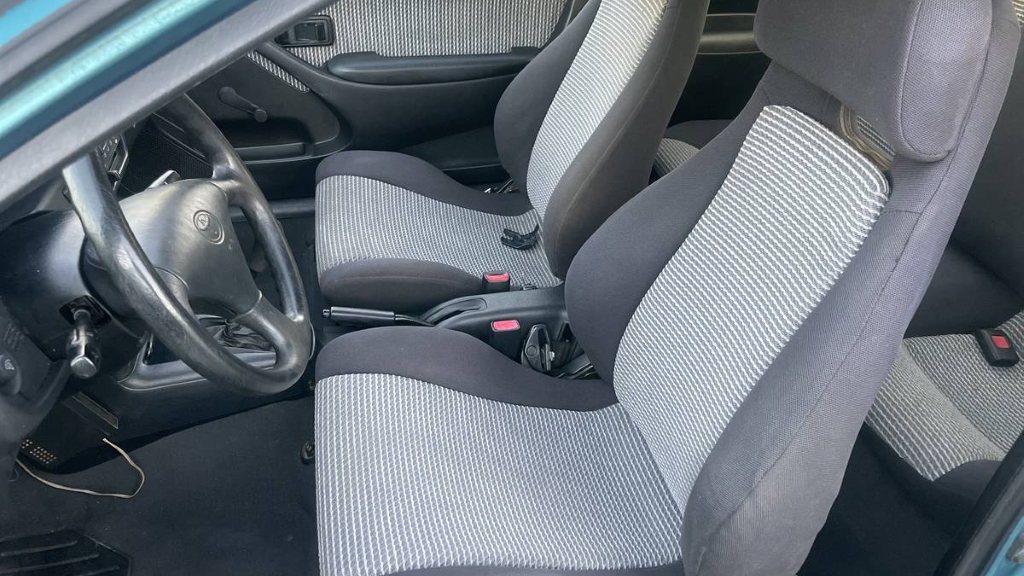 Perhaps best of all, the surprisingly good condition of this Paseo continues to the interior where we find immaculate seats and a dashboard that looks fresh off the showroom floor. While not exactly quick, you’d certainly be traveling in style behind the wheel of this time capsule.

So there we are, two very different takes on fun economy cars. One lets you go al fresco and build it up, the other reliably offers a dose of nostalgia, and it’s up to you which one comes out on top. As ever, choose wisely.