Here’s My Final Design Of A Modernized Classic British Roadster: A Car Designer Sketches Your Ideas

It’s always a minefield when a car designer is tasked with updating a much-loved and well-remembered classic vehicle – just ask Mini-designer Frank (who did it not once, but twice). With the EV Station Wagon I showed a few weeks back, I wasn’t basing it on a specific vehicle – so it wasn’t beholden to certain brand-specific graphics or identifiers. However the latest project to come out of the top secret Autopian design studio, located in a filthy broom cupboard stacked full of obscure tail lights, is a bit different.

Working my broken crayon nubs (I asked Torch for some new Crayolas, but Tracy spent all the budget on lawn ornaments Utes) over some scrap paper, I gave you a few “thumbnail” sketches of a new Austin Healey to mull over with your tea and crumpets. Normally, when a new model is released, the OEM might show some “design sketches’”– amazing images that look like a slightly stylized version of the actual car.

These are done after the actual design is finished as part of the marketing story and build up. They’re drawn over a fully visualized 3D model with a designer flourish, and take a lot of work. You would never do development sketches to that standard, simply because of the amount of time and effort it takes. Our actual thumbnails sketches are the workings out on the back of an envelope – the rough notes of where the design could go. 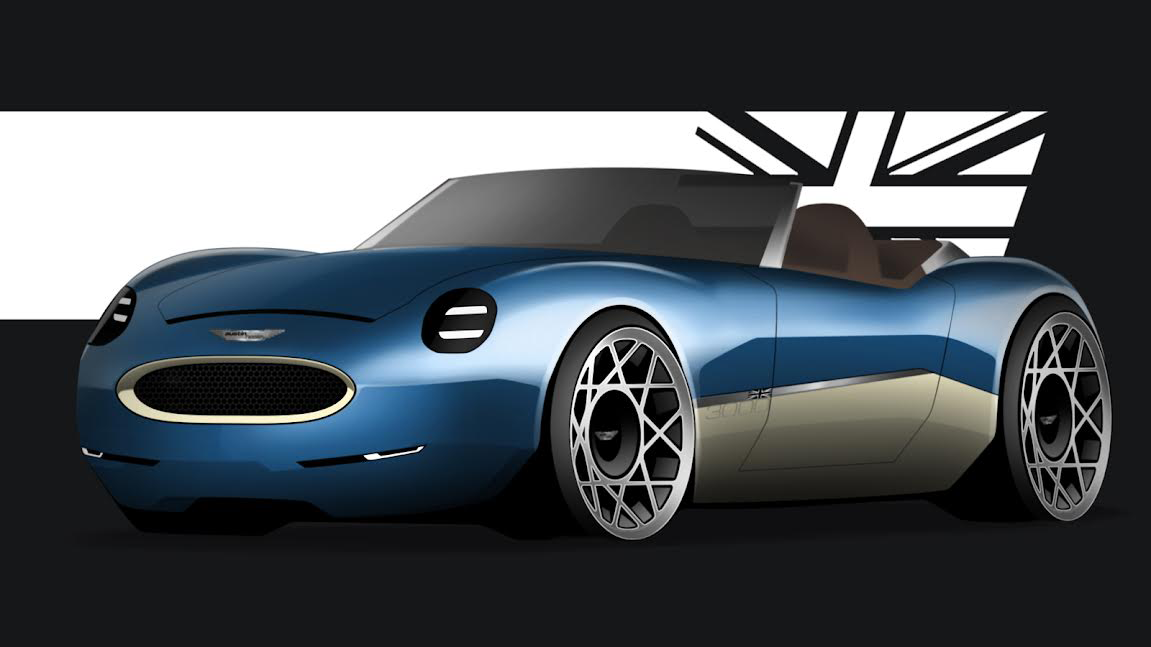 Ideally you want to capture the feel of the original car while updating it. I had envisioned going in a slightly blockier, more faceted (i.e. more edgy and blocky, with straighter flatter surfaces) direction for our Healey. However most of you felt that we should stay truer to the source material and stick with curves and the oval grill. It’s a tricky needle to thread – carry over too much and you end up back where you started. It’s always a balance between what to leave out and what to leave in. The Dodge Challenger is a masterclass in how to get this right – really it’s only the lighting and the general shape that call back to the 1970 car.

One of the classes that transportation design students take at Art Center as part of their Viscom (Visual Communication) studies involves being given an animal or a cartoon character and turning those into a car – something that allows Hot Wheels to turn out those Star Wars cars because a lot of their designers are Art Center grads. 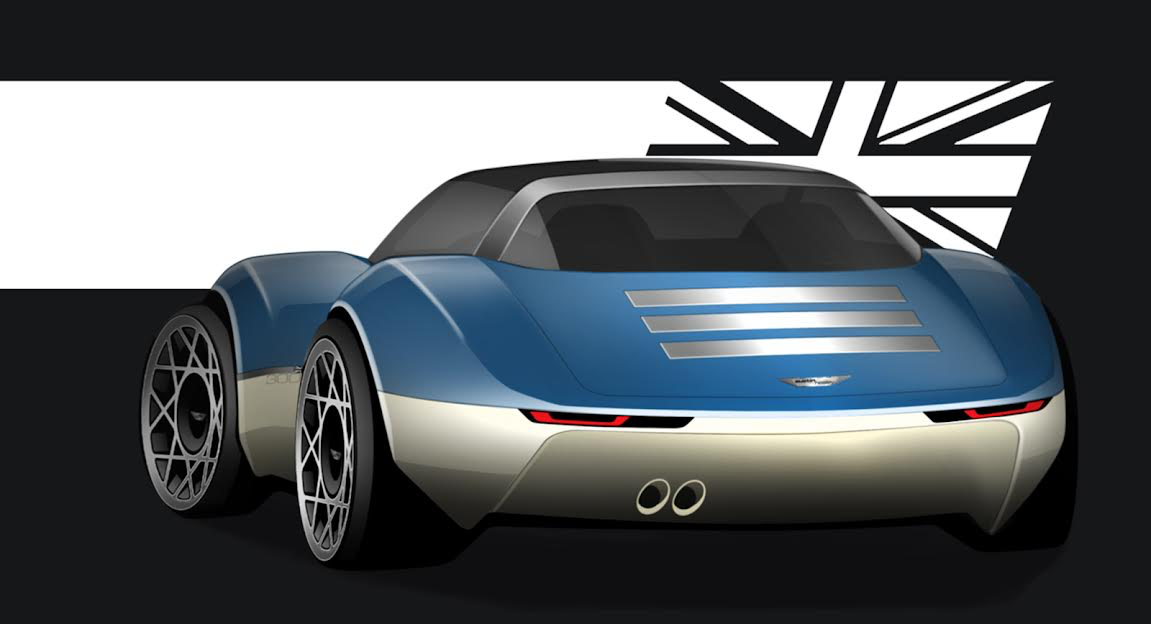 Another class that all car design students must take is “Stance the Shit out of It 101,” which includes a field trip to the flourishing country of Stance Nation. We’re taught to over-wheel our designs or face a spanking by matron.

I had labored long and hard in the broom cupboard trying to make wire wheels work, decided they didn’t and looked too old fashioned, and slapped another wheel on. Consensus was our Healey should have wire wheels, which illustrates some of the tensions that arise during the design process. So I came up with the diamond turned alloy design you see above which mimics the pattern of a wire wheel.

Generally, this is how it works in the studio. In the initial sketch phase a designer will just stick a generic wheel on their sketches, the actual wheel designs to be used coming much later. Coming up with wheel patterns is time consuming; it’s the sort of thing designers do if they have a spare afternoon – knock out a couple and leave them in a “wheels” folder on the server to be used as and when.

As you can see our unapologetically ICE Healey has offset frenched-in exhaust openings which were popular, and I really like. They would be a nightmare to productionize, as exhausts have a massive operating envelope – i.e. the amount of clearance they need around them to allow for movement (as exhausts are not rigidly attached) and heat expansion. So some visual trickery might be required – maybe painting the muffler and visible pipe black so it blends into the opening.

So there you have it. Is our Austin Healey something that makes you want to stock up on mustache wax, silk scarves and say ‘tally ho!’ as you head to the local hostelry for a pint of warm beer and an afternoon spent watching a baffling sport called Cricket? Let me know in the comments below, and remember matron is watching.

Now comes the part where we figure out where to go next! Which one of these is most exciting to you?

Professional Car Designer and writer about car design. I have a BA in Automotive Design and a Masters in Vehicle Design from the Royal College of Art in London, where J Mays was my tutor. He used to bring in donuts. I was hired from there into a major European OEM. I daily drive a 2011 L320 Range Rover Sport and also own a 1983 Ferrari Mondial QV. I always wear black, love goth music and have way too many books. twitter: @adrianfclarke. Instagram: adrianfclarke
Read All My Posts »
PrevPreviousMy Expectations For The Will.i.am And AMG Collaboration Were Low, Yet The Singer’s Somehow Managed To Limbo Under A Subterranean Bar With This G-Wagen/AMG GT Mashup
NextAutomakers Have Refused To Design A Full-Length Tailgate But I Think That’s A MistakeNext