How To Apply Space Rock Classifications To A Busted Chevy Malibu: COTD 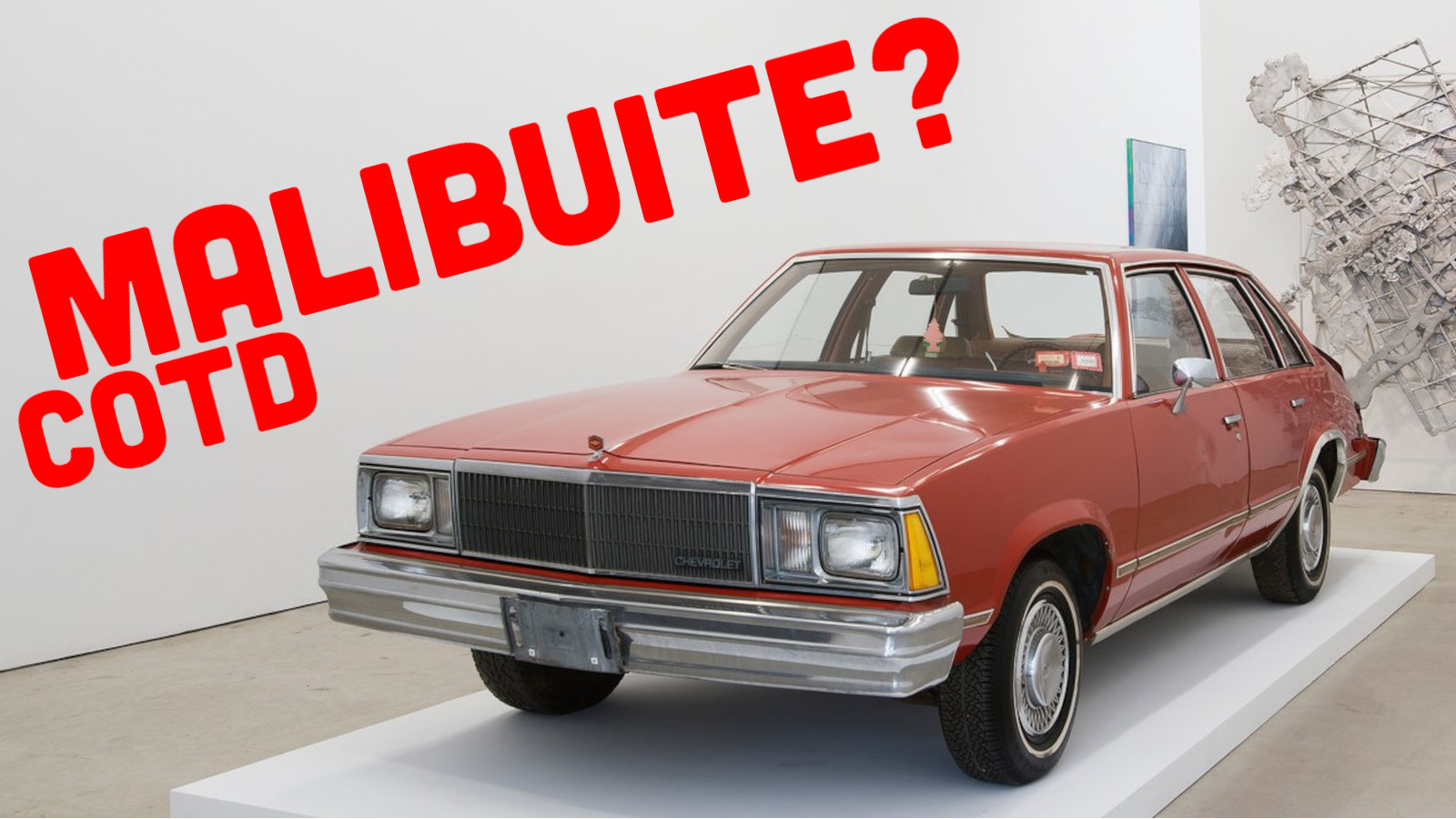 If you go onto forums or other places on the internet, you’ll sometimes find people mixing up their meteors and meteorites. And you may even find the term meteoroid show up. How to classify a space rock is a big enough question that one of the first results you get on Google for “meteor vs meteorite” is a NASA blog and even traditional news outlets have given it a go. But how do you classify a Chevy Malibu that’s hit the ground, possibly because of a meteorite?

Welcome back to Comment Of The Day! Every day, we read every single comment posted on our site and pick the one that made us laugh, get informed, or feel warm inside. You don’t have to go into our posts and write awesome comments. But you do, and that means a lot to us. So we’re highlighting some of the most excellent bits of thought that you’ve formed into words and digitized onto our website.

Today, Jason wrote a story that on its surface sounds insane. Actually, even after the explanation, it’s still pretty wild. The Peekskill Meteorite Car is a 1980 Chevy Malibu that’s insured for a million dollars. Why? Because on October 9, 1992, a 26.5-pound chunk of space rock came down and punched its way to this poor piece of Malaise Era American sedan.

This meteorite, classified as an H6 Chondrite, apparently came in going about 25,000 mph before slowing down to about 180 mph before it hammered its way through the car. It punched through the entire trunk of the Malibu and made a crater under the car. This makes it the only confirmed car to get banged up by a meteorite, and the car’s lived the life of a rockstar in the years since. The car was sold for a bunch of money, as were its title and individual parts like a broken taillight bulb.

The thread on this one is full of funny jokes, but one stands out for my continued laughter as I write this. This COTD goes to Sid Bridge, who applied meteorite pedantry to this car:

Once the Malibu impacted the ground, I think you’re supposed to call it a Malibuite.

Also, Sid does car-based comedy, and it’s worth a watch!

This whole article and its comments section are making me cry laughing, especially the part about how the Malibu’s owner deduced that the damage wasn’t from vandalism, and Jason’s followup:

Michelle called the Peekskill police who initially reported this as an act of vandalism. It was a neighbor who reasoned that vandals can’t throw rocks through cars and surmised that the rock was from outer space.

That neighbor did some top-notch forensic work there, surmising that your average vandal isn’t normally able to “throw rocks through cars,” which is one of those details of life I think we should all be more grateful about.

For the record, if you’re curious, here’s how NASA answers the “meteor vs meteorite vs meteoroid” question:

What’s the difference between a meteor, meteoroid, and meteorite?
They’re all related to the flashes of light called “shooting stars” sometimes seen streaking across the sky. But we call the same object by different names, depending on where it is.

Meteoroids are objects in space that range in size from dust grains to small asteroids. Think of them as “space rocks.” When meteoroids enter Earth’s atmosphere (or that of another planet, like Mars) at high speed and burn up, the fireballs or “shooting stars” are called meteors. When a meteoroid survives a trip through the atmosphere and hits the ground, it’s called a meteorite.

So there you have it, this car is no longer a Malibu. Congratulations to Sid Bridge!

Make $80 An Hour From Home With This One Quick Trick: COTD

Mercedes is a lifelong fan of all things powered by an engine. When she isn't driving one of her five Smart Fortwos or her 14 other vehicles she could be found in the cockpit of a Cessna 172 or perhaps swimming in any body of water that she could find. She also has a deep love for buses of all kinds. Please send her buses. mercedes@theautopian.com Instagram: @mistymotors Twitter: @Miss_Mercedes30 Facebook.com/neonspinnazz
Read All My Posts »
PrevPreviousThe Rivian R1T Outperformed America’s Best-Selling Trucks In Crash Tests Because Of its Headlights
NextThe Marshal To The Rescue: Cold StartNext