The talk of the town tonight may be the Ram 1500 Revolution concept, but Ram wasn’t the only Stellantis brand to show off at CES, for the conglomerate’s French flank showed up big with the Peugeot Inception concept, a big sedan meant to melt your mind like a brie bake, just like the best French cars do. Let’s take a look at this glorious machine. 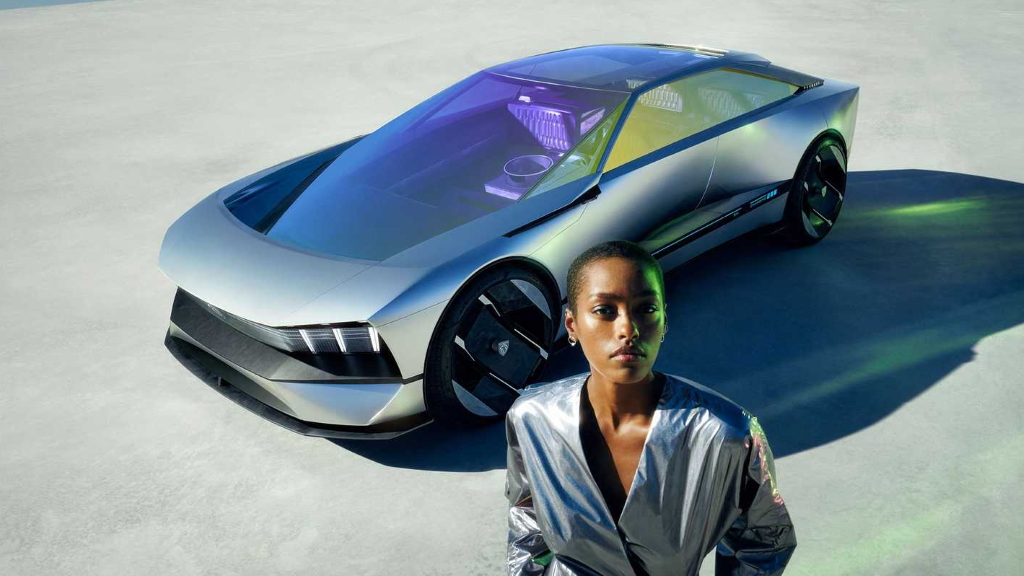 My word, that’s a lot of glass. The windshield doesn’t stop at the cowl, it keeps going all the way past the front axle despite the car’s silhouette featuring a long dash-to-axle ratio. The result is an incredibly strange greenhouse that makes this four-door sedan seem inspired by Bertone’s outlandish Lancia Stratos Zero. How bizarre is that? 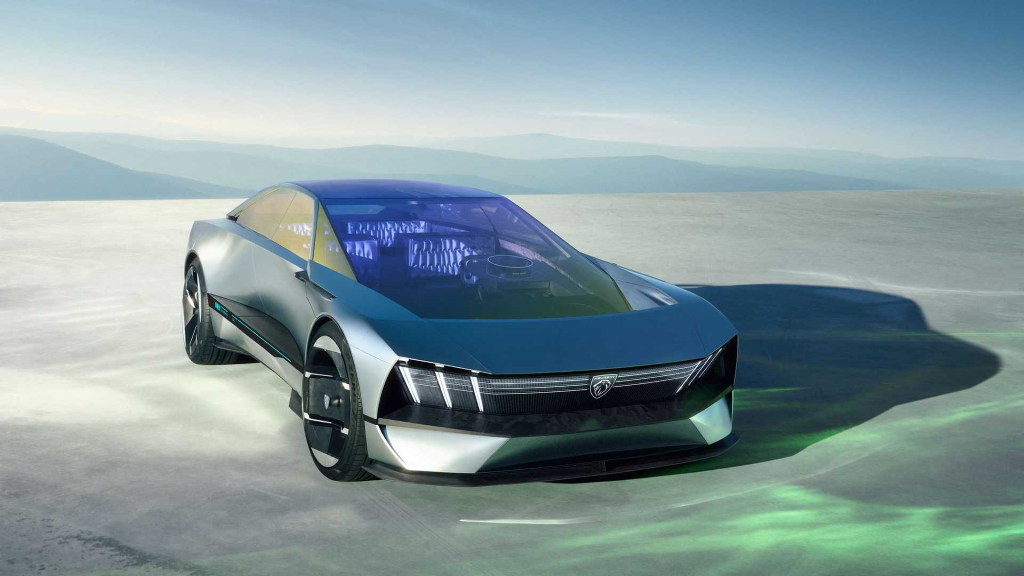 The strangeness continues with giant fins off the front fenders that are more than slightly reminiscent of the fourth-generation Chevrolet Camaro. What an outlandish set of influences so far. Oh, and in case that isn’t enough, the fastback rear window and arrow-straight A-pillar give the illusion of a much more conventional silhouette than the Inception actually has. Oh yeah, and all the tinted windows shift between gold and purple for some reason. Maybe Lil Yachty dropped off some Wock in France on his way to Poland. 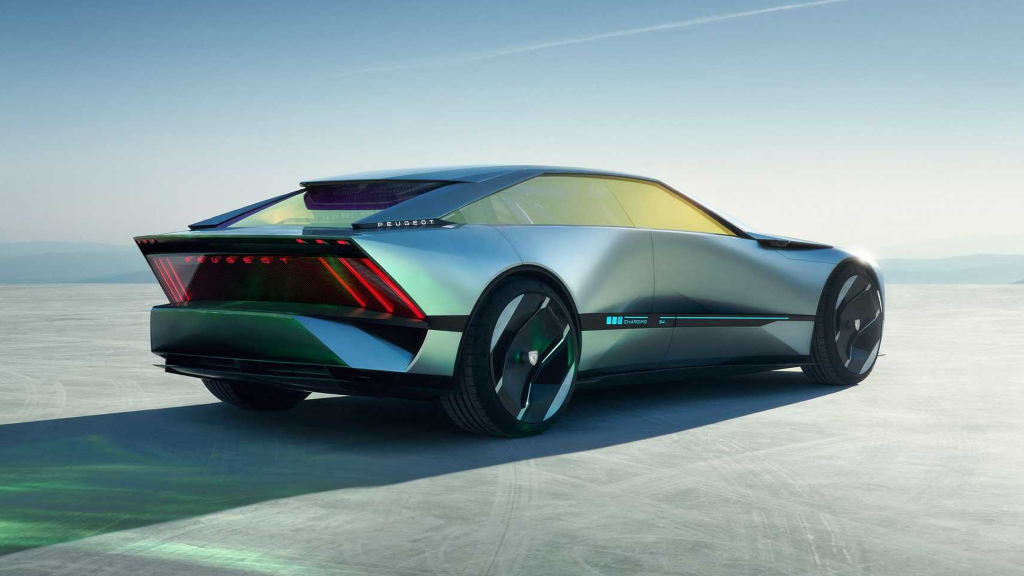 Around back, the aesthetic strangeness continues with one of the most dramatic kammtails in recent memory. A brutally back-cut flat panel punctuated by six long mirrored vertical lights, an illuminated wordmark, and six little accent lights contrasts with a bombastic vent-happy rear diffuser to create some Lamborghini vibes. 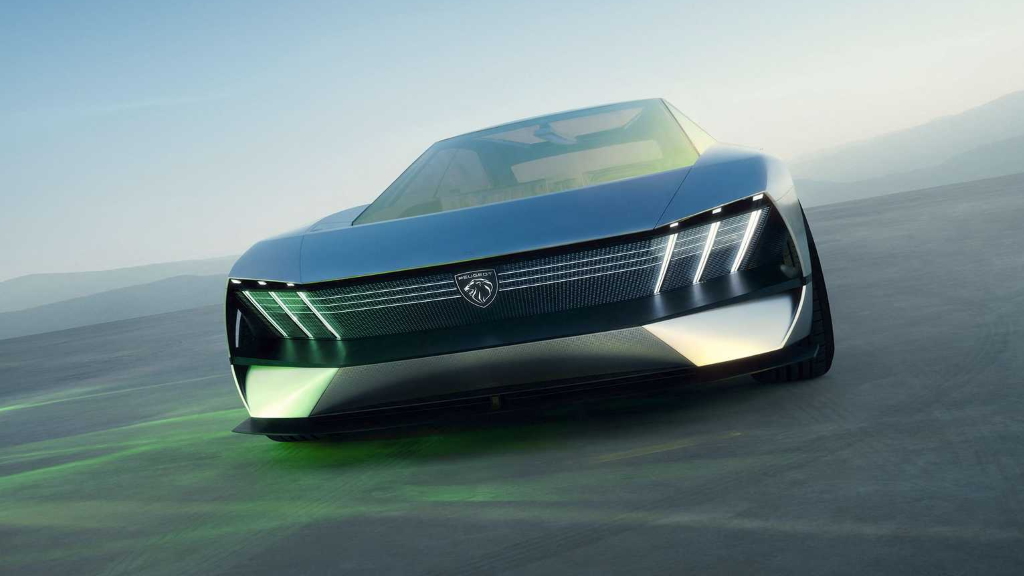 Up front, it’s a similar story with lighting, as the headlights share a motif with the tail lights. Three full-width horizontal light strips and an illuminated emblem contrast nicely with a massive chin spoiler that’s vintage touring car chunky. Add it all up and the result is a Peugeot like we haven’t seen in ages. It’s about damn time that Peugeot made another unequivocally French concept car, and this one’s almost strange enough to wear Citroen badging. Oh, and the news gets even better. The look of the Inception will influence the styling of future Peugeot production cars starting in 2025. 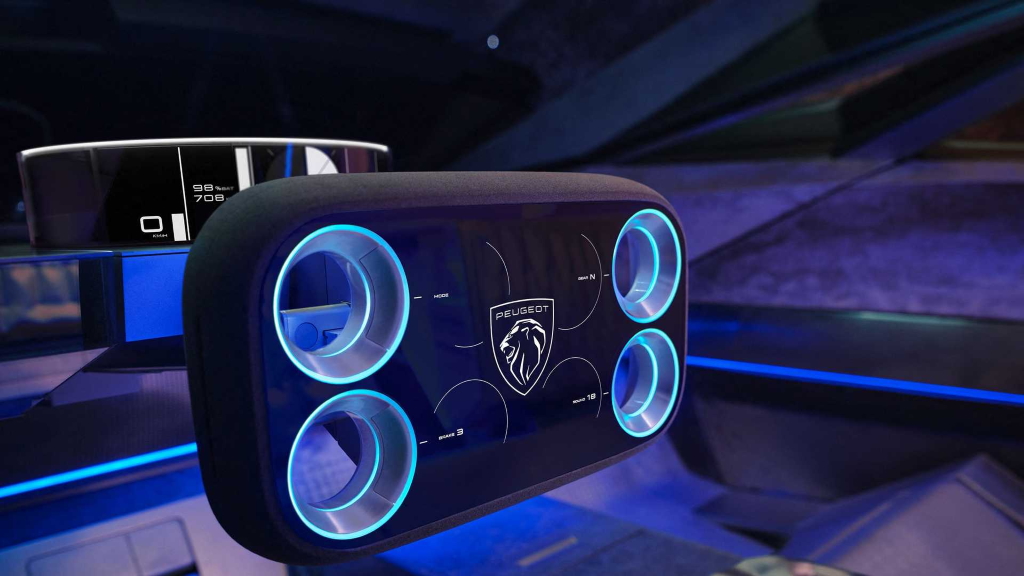 If you thought the bodywork of the Inception looked strange, get a load of this interior. The steering wheel isn’t actually a wheel and it doesn’t even have spokes, just four holes in what appears to be an induction cooktop wrapped in pipe insulation. In fact, it’s not even connected to the front tires, this thing’s steer-by-wire like an Infiniti Q50. Cue the uncontrollable retching from people who like driving. Hey, the focus here is on Level 4 autonomy rather than driving connection, so what Peugeot calls the Hypersquare seems appropriate. 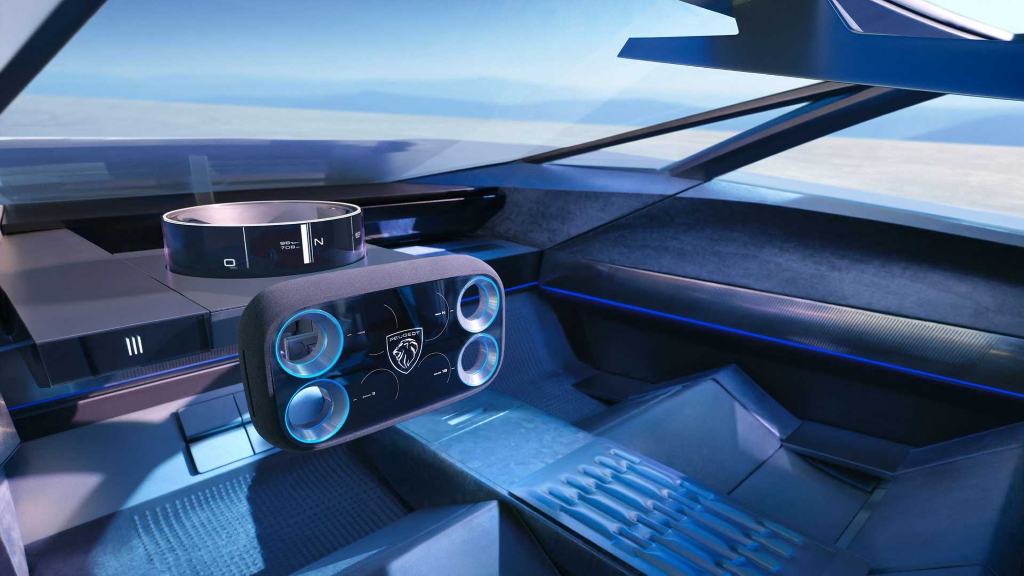 Mind you, the rest of the cabin is strange enough to completely take your mind off of the directional apparatus. Forget a heads-up display, how about a digital gauge cluster shaped like a Roomba? The seats don’t look comfortable at all, but this doesn’t really matter because they look like velvet-wrapped pieces of avant-garde furniture, as you should expect in something French and futuristic. The driver sits almost lying down, an unorthodox position explained by the Inception’s dimensions. This is a car more than two inches longer than a BMW 5-Series, yet its roofline its an inch and a half lower than the roofline on a Mustang. Wild, right? 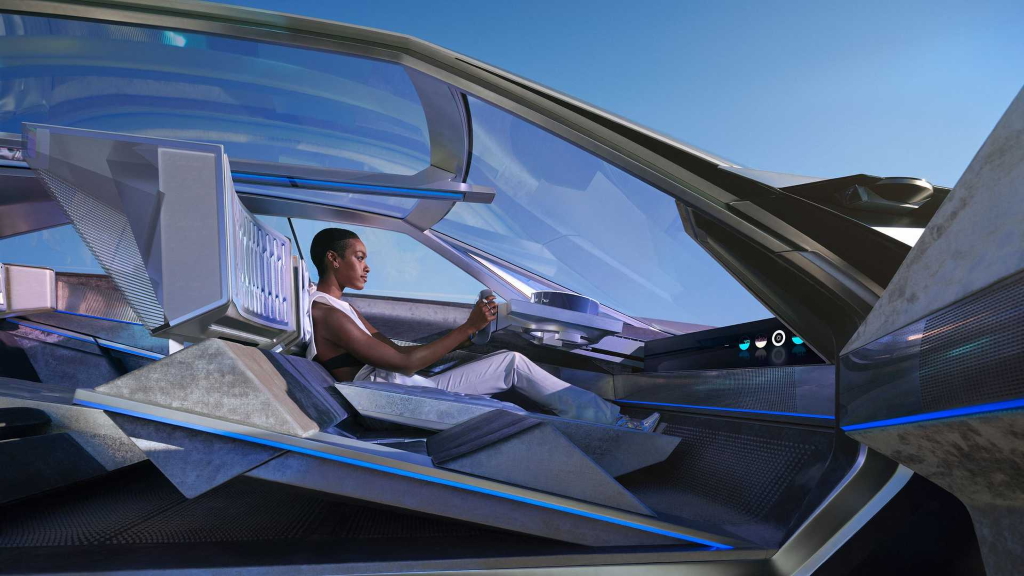 Perhaps more interesting than the styling is what lies beneath the sheetmetal of the Peugeot Inception. This thing rides on Stellantis’ STLA Large architecture for bigger cars. With an 800-volt high-voltage architecture, a 100 kWh battery pack, and dual motors, this thing cranks out 671 horsepower and can dash from zero-to-62 mph in less than three seconds. That’s proper super-sedan territory. 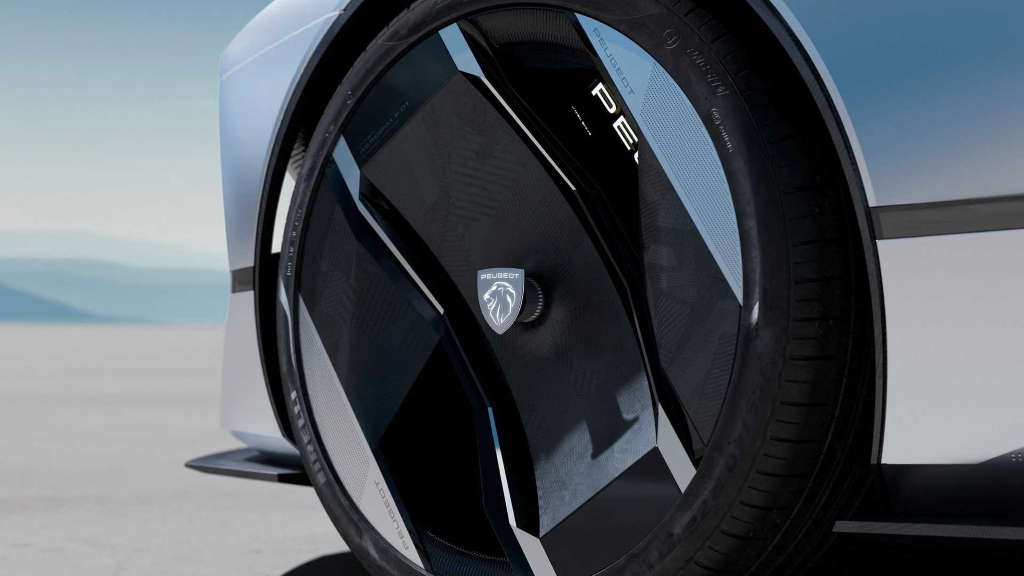 Alas, I wouldn’t count on anything looking like the Peugeot Inception concept to make it as a production car. It’s simply too out there, too outlandish, too unreasonable. However, if Peugeot had the guts to build something like this, it would be the first truly breathtaking large French sedan since the Citroen C6. Pretty please, Peugeot?

The Citroen Xantia Activa Was A Family Hatchback That Could Out-Handle A Supercar: Holy Grails

Thomas is a Nu Rave-blaring, heel-toe downshifting, maple syrup-swilling, chassis-geeking, junkyard parts-hauling, floppy-haired scenester who's been writing about cars since college. His current ride is a 2006 BMW 325i with the six-speed manual gearbox. Instagram: @thomas.hundal Twitter: @thomashundal
Read All My Posts »
PrevPreviousI ‘Afeela’ Like Sony Could Have Come Up With A Better Name: Comment Of The Day
NextHere’s What Our Professional Car Designer Thinks Of The Ram 1500 RevolutionNext