The Mercedes-Benz A220 sedan sold in America isn’t often an object of desire for car enthusiasts. Don’t get me wrong, it’s a perfectly nice car, but it doesn’t exactly make you want to mortgage your dog to afford the payments. However, Canada gets the much more practical A-Class hatchback, and even gets it in moderately spicy Mercedes-AMG A35 trim. Sounds great, yeah? Alas, the A-Class hatchback was never sold in the U.S., which means it’s locked away behind a border of maple syrup and angry geese until it’s free of the 25-year law. Or so we thought. It turns out that somehow, someone has brought an A35 hatchback into the U.S. and it’s now up for sale. Let’s take a look. 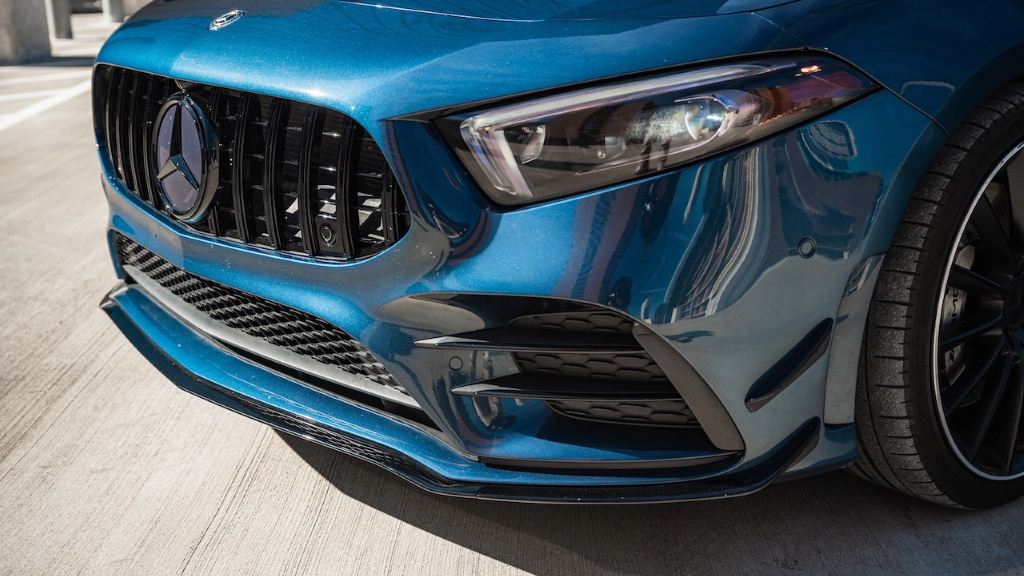 You want red flags? This car’s got them. For starters, any Canadian-market car newer than 25 years old should require a letter of compliance for American importation. Mercedes is a little bit tight with supplying these letters and won’t supply one for an A-Class hatchback, as the bodystyle hasn’t been homologated for U.S. sale. Then, there’s the registration in Montana despite residing in Dallas. No tax avoidance here, officer. Finally, the car has a hit on its Carfax. Minor front end damage reportedly occurred in 2021, and I’m wondering if that has something to do with the A45 grille. Hmm. 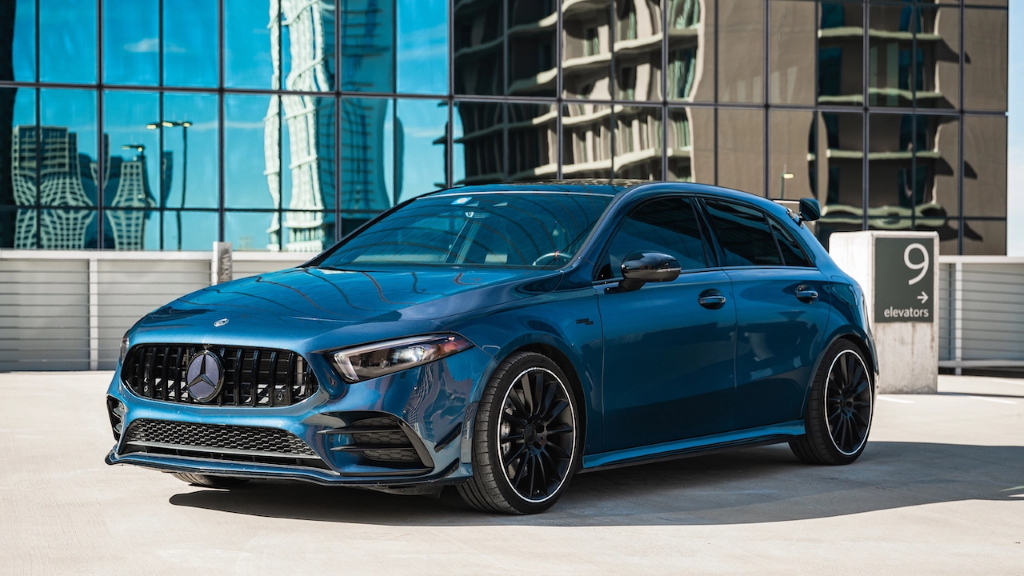 Slight dodginess aside, the Mercedes-AMG A35 hatchback is a vehicle worth experiencing because it is so damn good. While it isn’t a manic sideways hooligan machine, if you find the CLA45 a bit laggy and expensive, the A35 should tick all the right boxes. 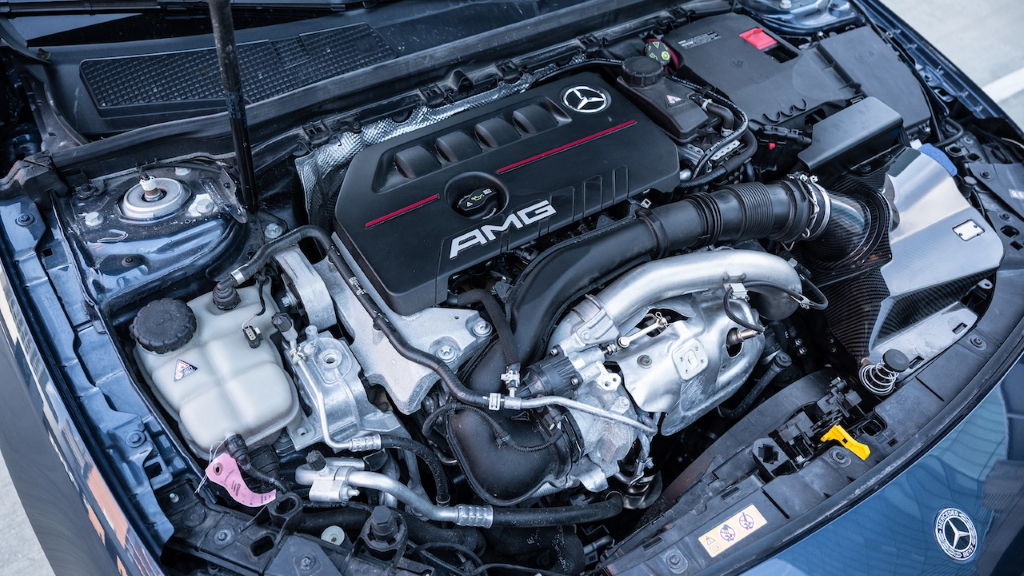 Minimal turbo lag gives way to a tractable powerband and a soundtrack of hilarious blow-off valve noises. When I drove the AMG A35, I found the seven-speed DCT to be snappy and confident, and the whole powertrain to be just fun. What’s more, the rest of the car matches up with this. Well-weighted steering and quick-acting all-wheel-drive offer front-end confidence, while brake bite is firm yet progressive. It’s definitely not as stimulating as the full-bore 45-series AMG models, but it shows more soul than a Volkswagen Golf R. 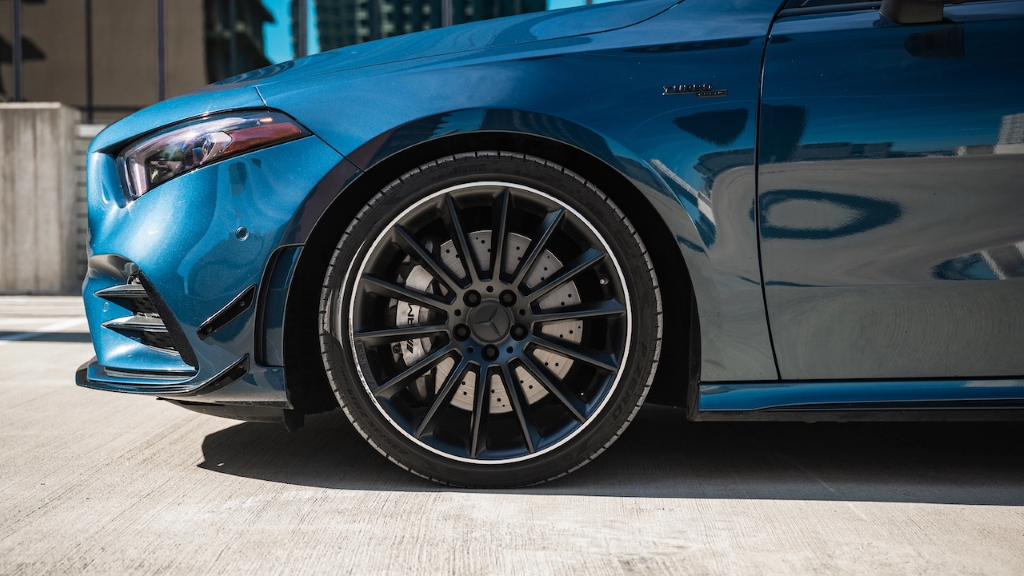 Plus, the A35 is better value than an American Golf R. The Merc starts at $55,597.13 Canadian including freight, PDI, and various fees, and you get virtually no features at all for that price. Add metallic paint, the AMG Driver’s Package with 19-inch wheels for its adaptive dampers, the Burmester stereo (a steal at $400 Canadian), and the Premium Package for Apple CarPlay, Android Auto, keyless-go and blind-spot monitoring, and you’re looking at a bill of $62,987.13 Canadian. That’s around $47,029 in real dollars, just $394 more than a DSG-equipped Golf R. 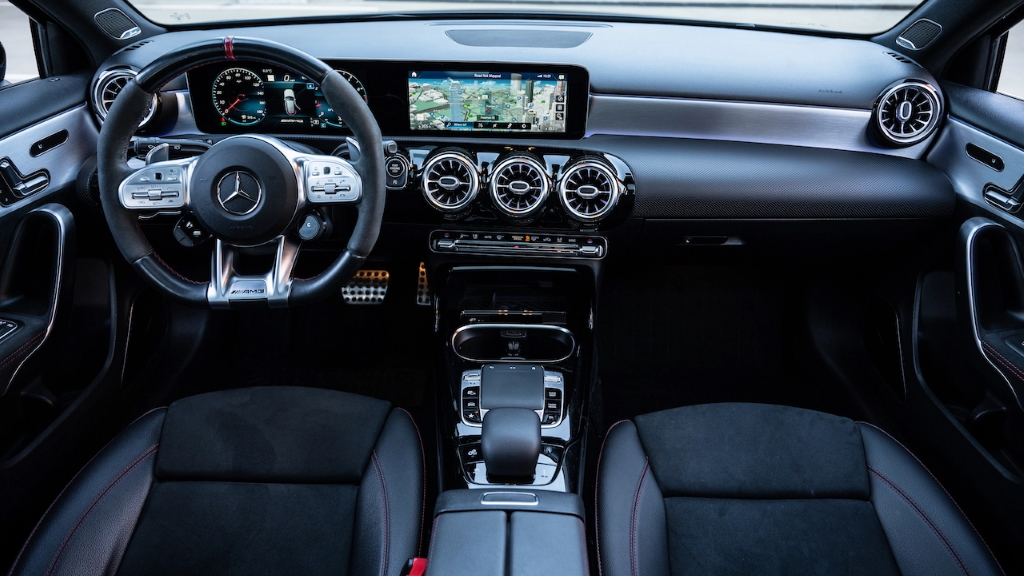 This particular Mercedes-AMG A35 isn’t quite stock, rocking an A45 grille, an Eventuri intake, and an Armytrix catless downpipe. Believe it or not, the wing and canards came on the car from the factory as part of the AMG Aerodynamics Package. How unusually antisocial. The rest of the spec is quite good, with Denim Blue paint gleaming and grippy Alcantara seat inserts on deck. While I’d like to see AMG’s optional performance seats on this particular A35, we can’t always get what we want. 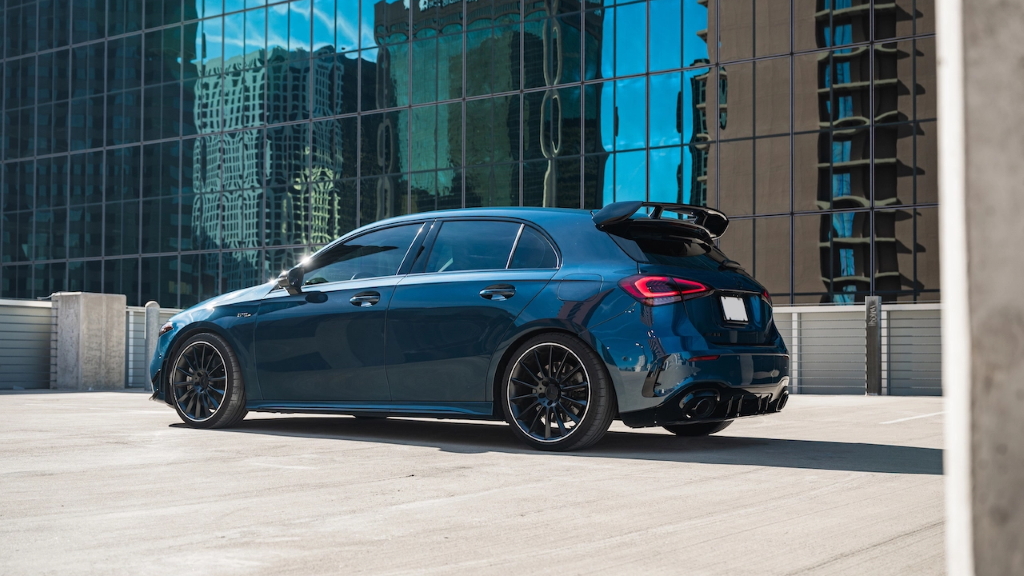 If you’re willing to risk it for the biscuit, you can find this oddball being auctioned off on The MB Market. Mind you, I wouldn’t expect this exact Mercedes-AMG A35 to be stellar value. With a full week of bidding to go, a current high bid of $27,500, and incredible exclusivity until the model turns 25, I have a feeling that daring collectors will be all over this thing.

Thomas is a Nu Rave-blaring, heel-toe downshifting, maple syrup-swilling, chassis-geeking, junkyard parts-hauling, floppy-haired scenester who's been writing about cars since college. His current ride is a 2006 BMW 325i with the six-speed manual gearbox. Instagram: @thomas.hundal Twitter: @thomashundal
Read All My Posts »
PrevPrevious2022 Subaru WRX Owners Are Finding RTV Clogging Their Oil Pickup Tubes But It’s Not Clear How Big Of A Deal It Is
NextA Disneyland Ride Has An Easter Egg Few Gearheads Will Notice: Comment Of The DayNext