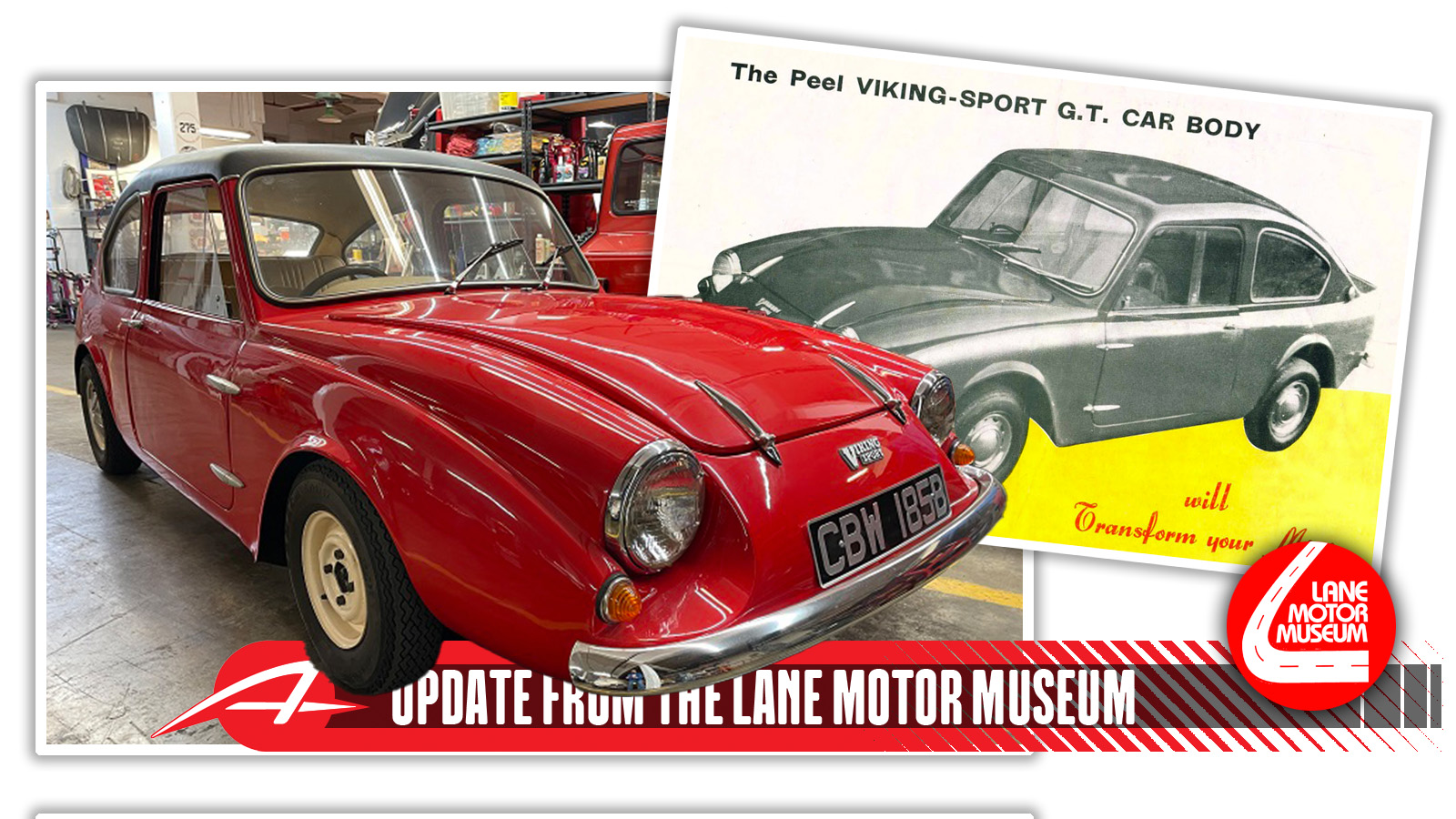 Even within the walls of Lane Motor Museum, where I work as the museum’s education director, we have quite a few cars in the collection that are rare and unique within an already rare and unique marque. Today I bring to you the Mini-based Peel Viking Sport. 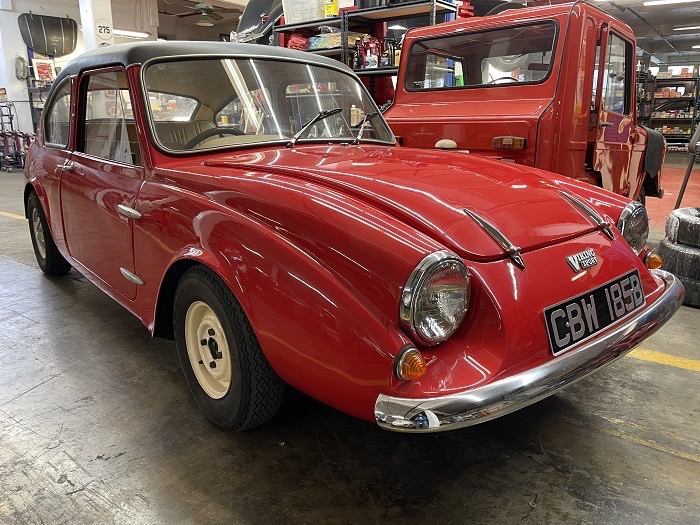 Most people, not just car people, know about the famous Peel P-50, regarded as the smallest production car ever made. Just in case you’re a Disneyland enthusiast and have stumbled onto this website while looking for tickets for the Autopia ride, I’ll give you a synopsis of Peel Engineering.

Founded in 1940 as a fiberglass manufacturer by Cyril Cannell, Peel Engineering was named after its hometown. The tiny seaport town is on the northwestern coast of the Isle of Man, located off the coast of Scotland, so technically this is a British company. The Isle of Man is also home to the TT (Tourist Trophy) motorcycle race. Peel manufactured fiberglass motorcycle fairings and boat hulls until after the Second World War. 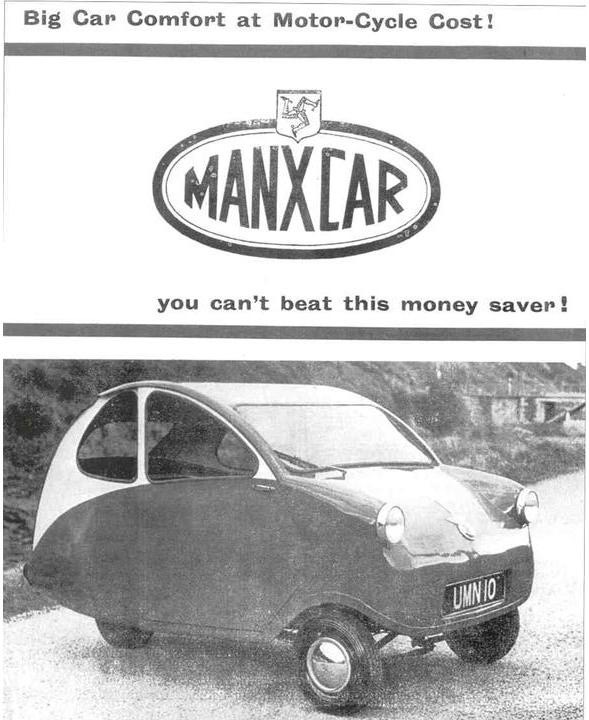 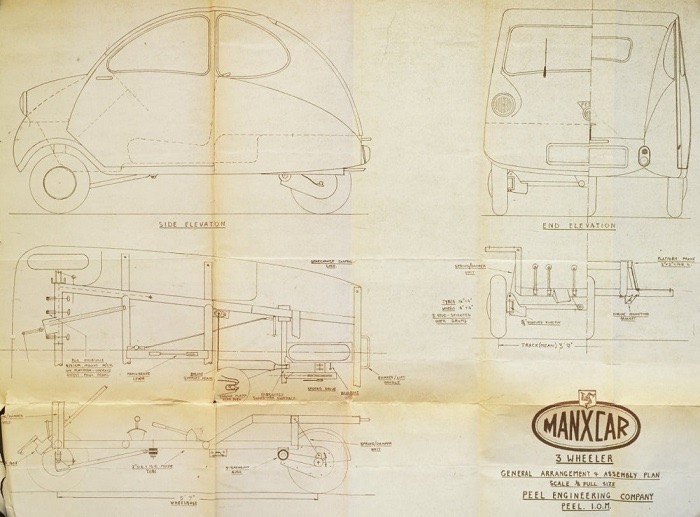 In 1955, Cannell and engineer Henry Kissack developed their first microcar design, known as the Manxcar. The Manxcar never entered production, however, and developed (and perhaps sized down?) the concept into what would become the P-50. The small wonder debuted at the 1962 Earl’s Court Motorcycle Show, probably to the sound of many harrumphs and guffaws from the be-monacled and top-hatted show-goers. 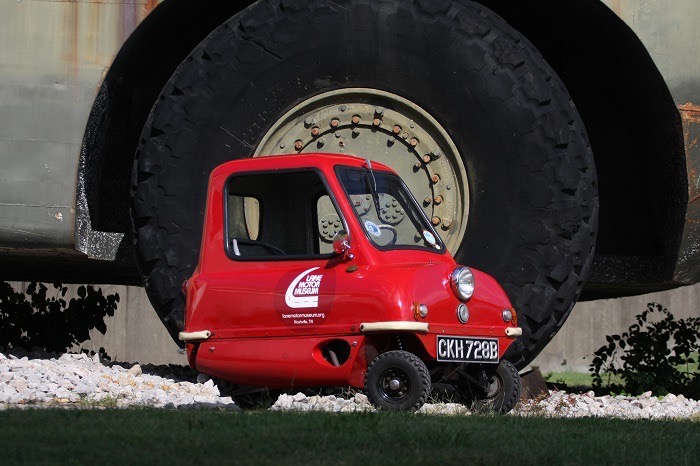 It’s believed that Peel produced less than 50 P-50s from 1962-65, each one slightly different from the other. It was fitted with a 49cc single-cylinder, two-stroke Zweirad Union engine mated to a three-speed gearbox with no reverse gear. 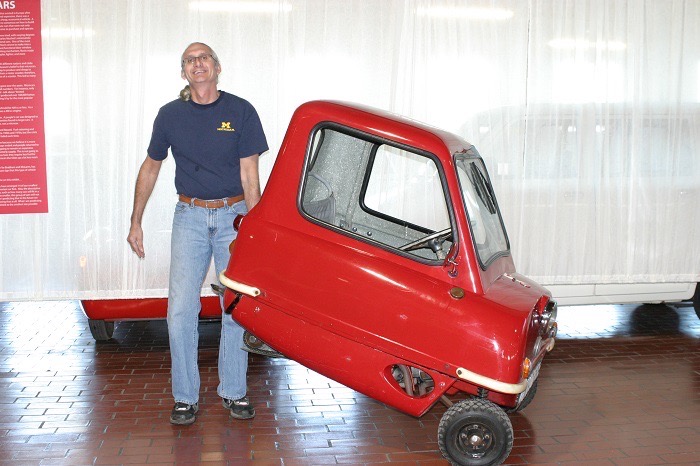 It did however, have a handle on the back so that one could pick it up and turn it around manually. 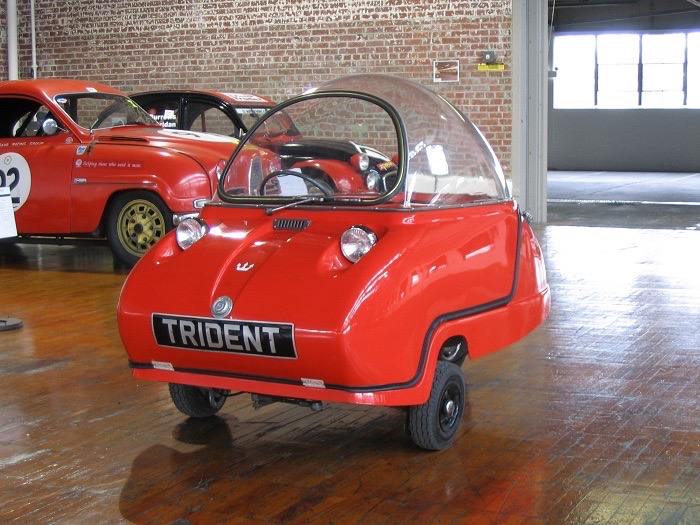 The success of the P-50 led to the development of the world’s smallest ever two-seater, the Trident. Peel took the P-50’s engine and slapped it into a two-piece, clamshell-designed car. Somewhere around 80 Tridents were made before production stopped in 1966.

A few years ago, I was volun-told to hop in the museum’s Trident for a kidney-smashing jaunt around the block with a young up-and-coming auto journalist who took a railroad crossing in an obnoxiously loud bubble car with practically NO suspension a little too fast, all while we were both slowly asphyxiating in a clear plastic dome. But I digress… 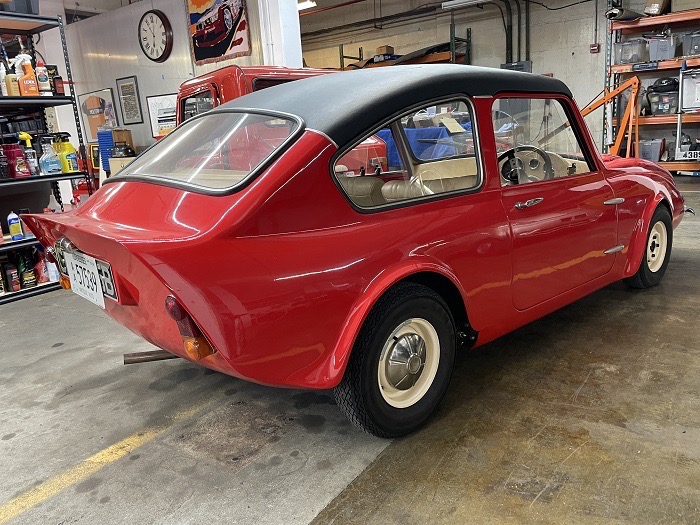 What many folks don’t know is that after the Trident, Peel went on to make a 2+2 GT called the Viking Sport, which debuted in 1966. As far as construction, I’ll let Cyril Cannell tell you himself what was under the skin:

“The entire body shell was moulded in GRP (fiberglass) and as many of the original Mini fittings and components utilized, but with the addition of a raised central floor tunnel to give longitudinal stiffness. A light steel tube frame was bonded internally to connect all the important stress points, termed the ‘bird cage’; the overall appearance reasonably attractive with a rear ‘spoiler’ and the road handling was superb.” 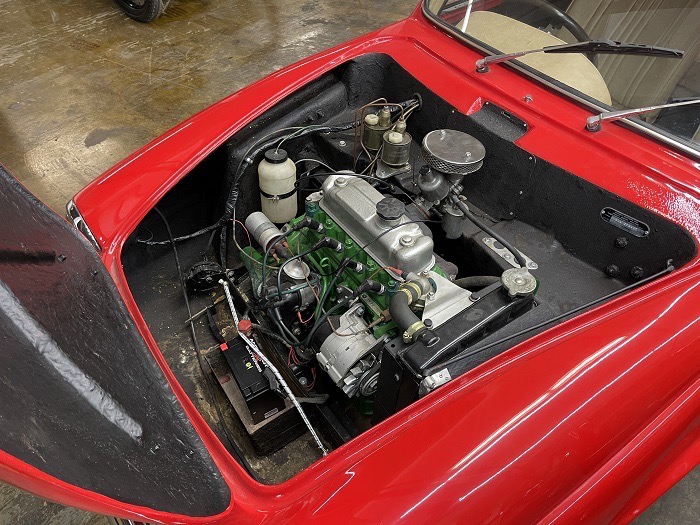 The 1100cc engines also came from BMC, as well as the three-speed gearbox (with reverse!). 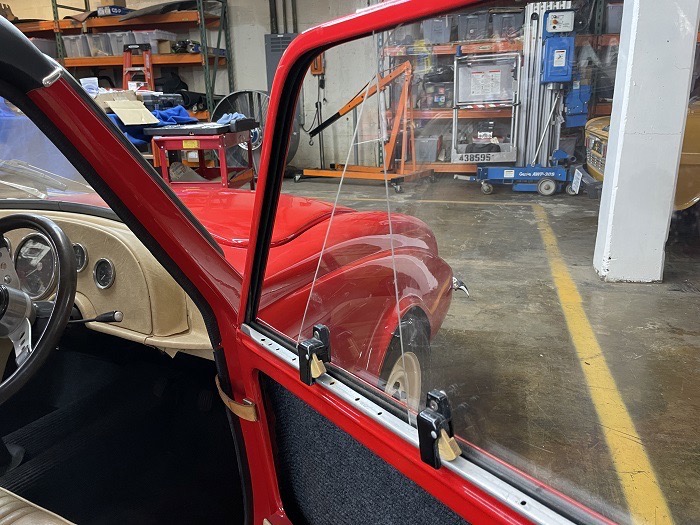 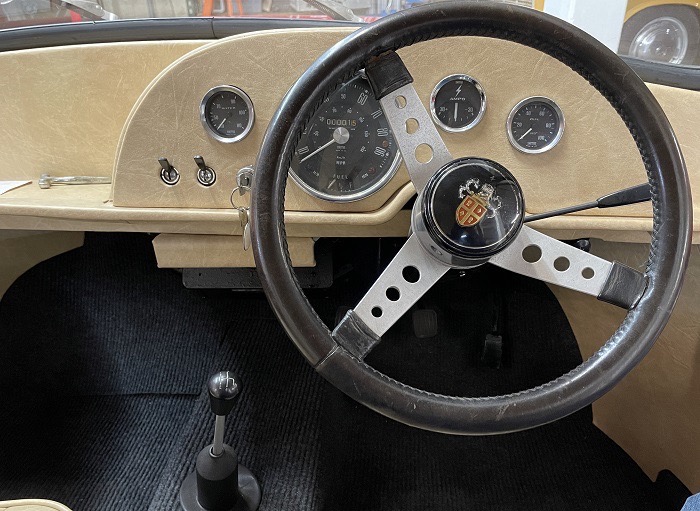 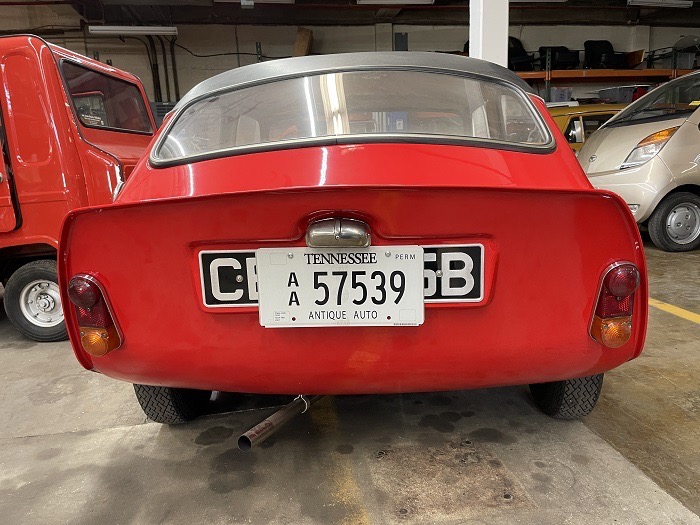 All of it came together for what I think it a rather good looking mini-grand tourer. It looks like a BMC Mini in a different wrapper, which was a common base for many 1960s and 70s kit cars. 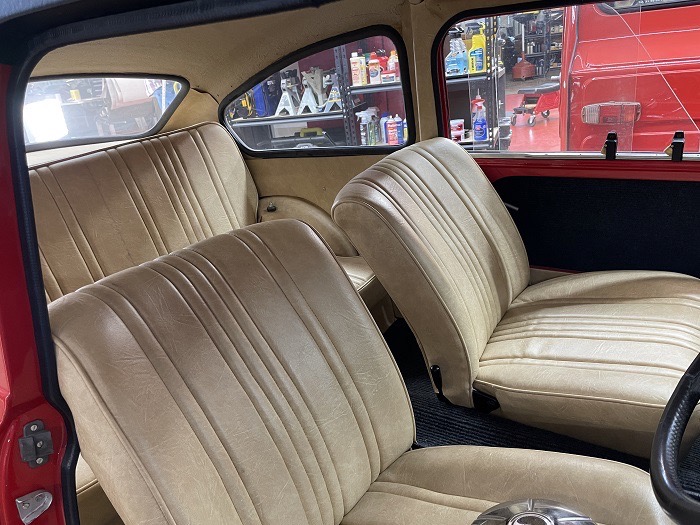 The museum’s Viking Sport is a modern recreation made from a kit. That kit is still available here or you can order a complete car, made from factory moldings. 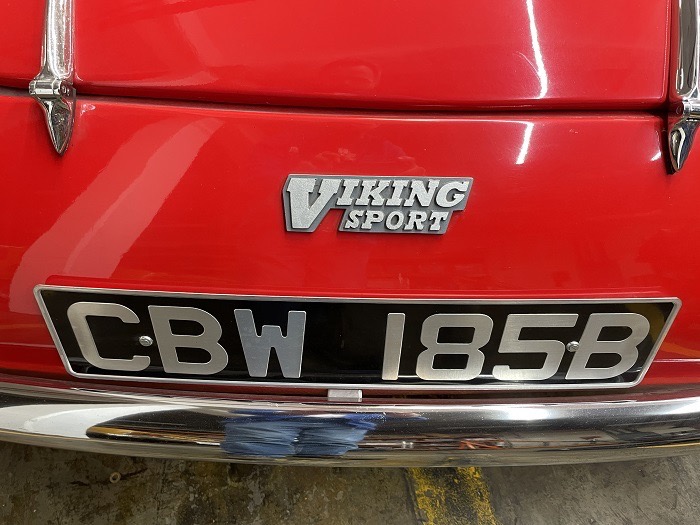 While I didn’t get it out for a drive this time, it drives, well, like a classic Mini but in a lighter package.

The Viking Sport prototypes, and the molds, were sold to Bill Last, who formed Viking Performance and changed the name of the car to the Viking Minisport. It’s believed that 22 Minisports were manufactured before the run ended in 1970.

Read All My Posts »
PrevPreviousHere’s How Screwed My $900 Ute Still Was After I Spent Four Weeks In Australia Wrenching Alongside A Hot-Rod Legend
NextMember Rides: ’98z28′ Has To Be The Only Person In America With These Three CarsNext