Here’s What You Need To Know About Tom Zhu, Tesla’s New ‘Number 2’ 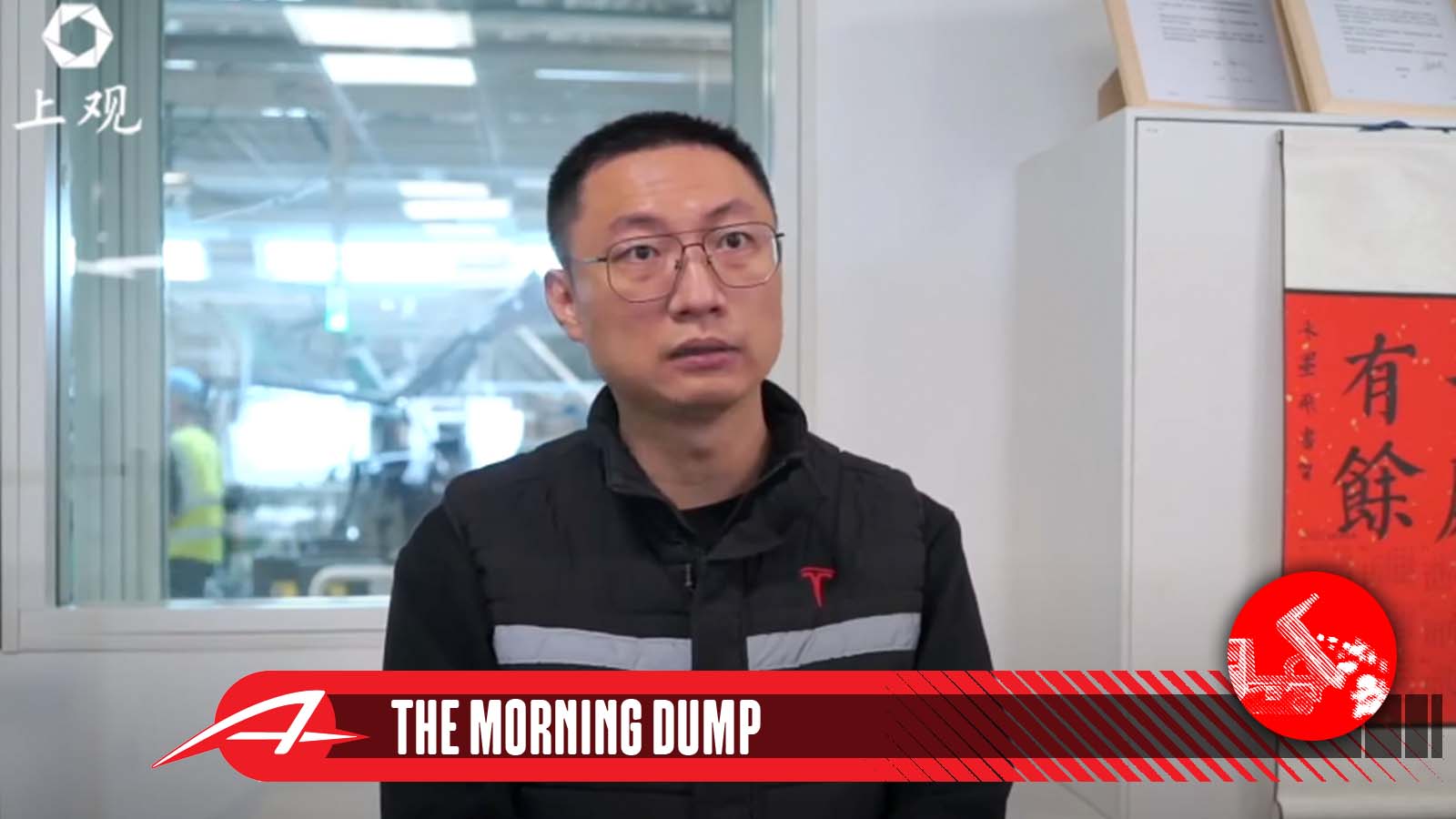 It’s the first working day of 2023 and Tesla’s got a new almost-boss, Rheinmetall’s got a new customer, Takata has a new recall, and diesel prices still kinda suck.

Get To Know The Name Tom Zhu

Tesla is either killing it, or struggling hard, or fixing things, or in the best position ever, or in the worst position ever. It depends on the day and on whom you ask. Here are some headlines from the last week:

Whatever you think of Tesla’s cars, Elon Musk’s company is remarkably good at sucking up all the oxygen in a room. The company’s rise from a slightly obscure maker of electric Lotuses to the most valuable car company in the world took only about a decade and so we’re all a little obsessed.

Lately, though, Elon Musk seems a little preoccupied with his purchase of Twitter. Investors have complained about his lack of attention quite publicly. Musk’s solution? Here’s one more headline, from Reuters:

According to Reuters, this move will put Zhu in charge of everything other than design and development and make him the second most important executive at Tesla after Musk himself.

Tom Zhu has been promoted to take direct oversight of the electric carmaker’s U.S. assembly plants as well as sales operations in North America and Europe, according to an internal posting of reporting lines reviewed by Reuters.

The Tesla posting showed that Zhu’s title of vice president for Greater China had not changed and that he also retained his responsibilities as Tesla’s most senior executive for sales in the rest of Asia as of Tuesday.

So who is this guy?

Zhu, who was born in China but now holds a New Zealand passport, joined Tesla in 2014. Before that he was a project manager at a company established by his MBA classmates at Duke University, advising Chinese contractors working on infrastructure projects in Africa.

During Shanghai’s two-month COVID lockdown, Zhu was among the first batch of employees sleeping in the factory as they sought to keep it running, people who work with him have said.

Zhu, a no-fuss manager who sports a buzz cut, favors Tesla-branded fleece jackets and has lived in a government-subsidized apartment that is a 10-minute drive from the Shanghai Gigafactory. It was not immediately clear whether he would move after his promotion.

Sleeping at your place of work seems to be the way to Elon Musk’s heart.

Diesel Is Now A Little Cheaper, Still Not Cheap

I took a very long road trip to Michigan and back over the holidays (it went much better than Jason/David/Otto’s trip because I stay in slightly nicer places) and I was pleased to see gas prices lower than they’ve been lately. I averaged around $3.20 for regular gas, with one place slightly below $3.

There’s always a temptation to buy another diesel vehicle and so I also glance over at the diesel pump to see what it might cost, and my sense was that prices were finally cooling down for the glow-pluggers out there.

This piece from the Detroit News confirms that prices are down. That’s the good news. The bad news is that diesel prices aren’t contracting as quickly as the price of other fuel. From the news site:

First, U.S. production of diesel is slim. Out of one barrel of crude oil, two-thirds becomes gasoline and one third becomes diesel, he said. So when oil refineries have production issues, diesel output is particularly affected.

Second, the war between Russia and the Ukraine has reduced the amount of oil transported from Russia to the U.S.

Add in new incentives for biodiesel, diesel being used for home heating, and reduced refining capacity and it’s not clear that costs are going to come down anytime soon.

The Takata recalls aren’t done yet. Volkswagen is asking for owners of 2015 and 2016 model year Beetles to bring their vehicles in to avoid the same issue that’s been plaguing everyone else. Here’s what the National Highway Traffic Safety Administration says:

Dealers will replace the driver’s side air bag, free of charge. Owner notification letters are expected to be mailed February 17, 2023. Owners may contact Volkswagen’s customer service at 1-800-893-5298. Volkswagen’s number for this recall is 69EM.

This is quite serious. If you have one of these vehicles get it fixed ASAP.

Who Bought 250 Million EUR Worth Of Parts From Rheinmetall?

Here’s a fun press release from Rheinmetall, which is a German automotive supplier and arms manufacturer:

The high-tech enterprise Rheinmetall has won a major order worth over a quarter billion euros in the electromobility domain from a premium German automaker. Rheinmetall will be equipping the new 900-volt generation of electrically powered vehicles with a new type of contactor. Rheinmetall won the order in the face of stiff competition from Asia, establishing itself as a global market leader for contactors for this future voltage class.

Starting in 2025, Rheinmetall will supply tens of millions of these contactors for the automaker’s new vehicle platform. Rheinmetall is thus widening its lead in the new world of 900V technology, making the vehicles safer to operate.

A German company making parts for a German company isn’t huge news, but it’s interesting they don’t say who this is. Assuming it’s not Opel, that leaves Mercedes, the Volkswagen-Audi universe, or BMW.

Mercedes has the Vision EQXX, which uses a 900 Volt system. Porsche uses a similar system in their Mission R concept. I can’t think of a similar system from BMW. If I had to put money on it I’d say it’s Mercedes given that they’ve already announced new platforms for 2025.

Would you buy a new/used diesel vehicle? If so, what would you get?

Howdy! I'm the Publisher of The Autopian which means I'm to blame for at least a small part of this. I used to run another car site and then made movies and TV shows. Now I'm here to convince you to buy a Peugeot.
Read All My Posts »
PrevPreviousTanks For The Memories: 1976 Lincoln Continental Mark IV vs 1973 Oldsmobile 98 Regency
NextMy Jeep Cherokee’s Battle Against Rust, Time, and Quarantine: Member RidesNext