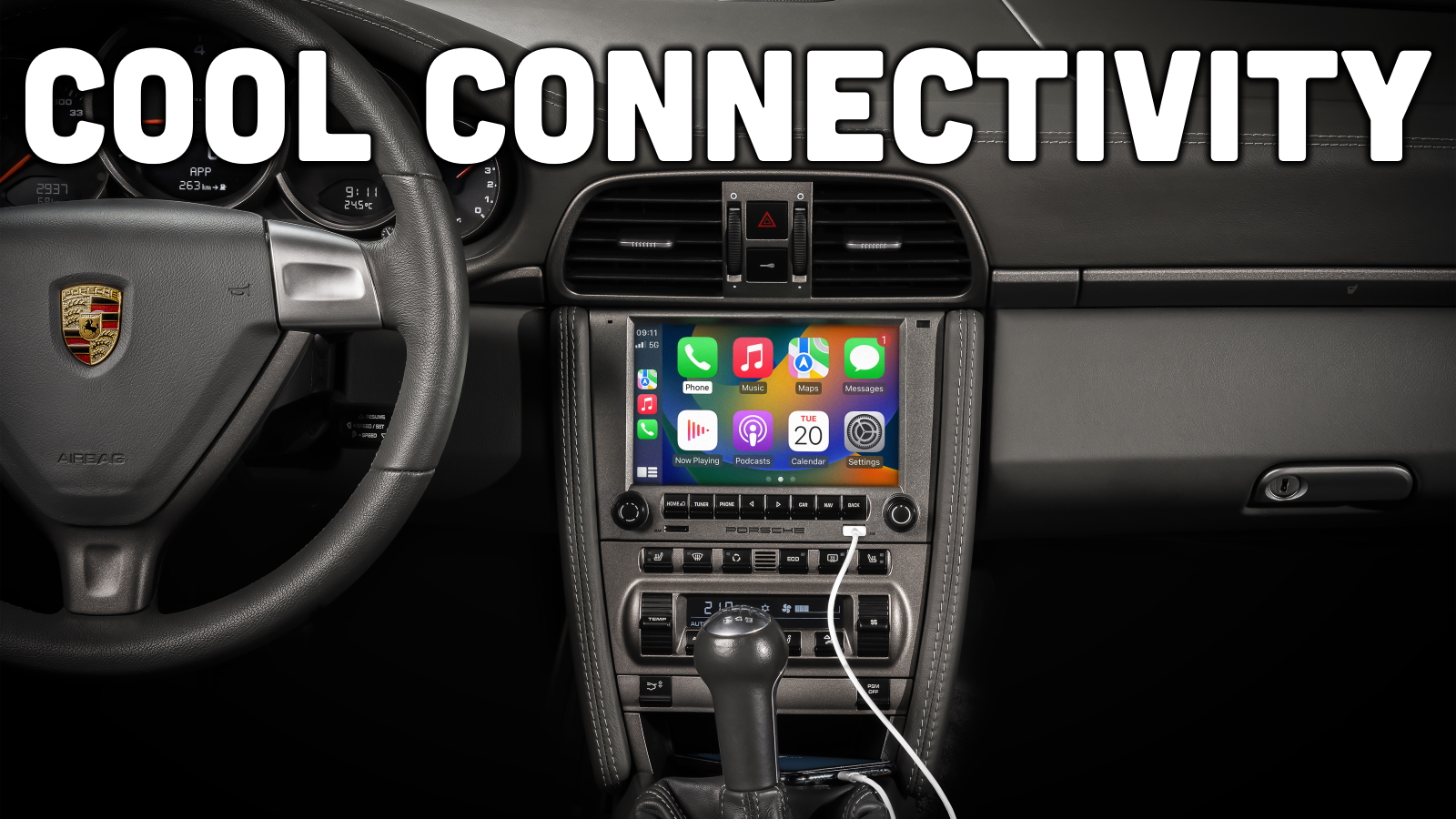 German car companies just love initialisms. From PDCC to DTC to ESP to PTS, it’s enough to make the average person go WTF. Just when you thought you had everything figured out, Porsche is giving owners of 997-generation 911s, 987 Boxsters and Caymans, and 955 Cayennes a brand new initialism to consider: PCCM, short for Porsche Classic Communication Management. 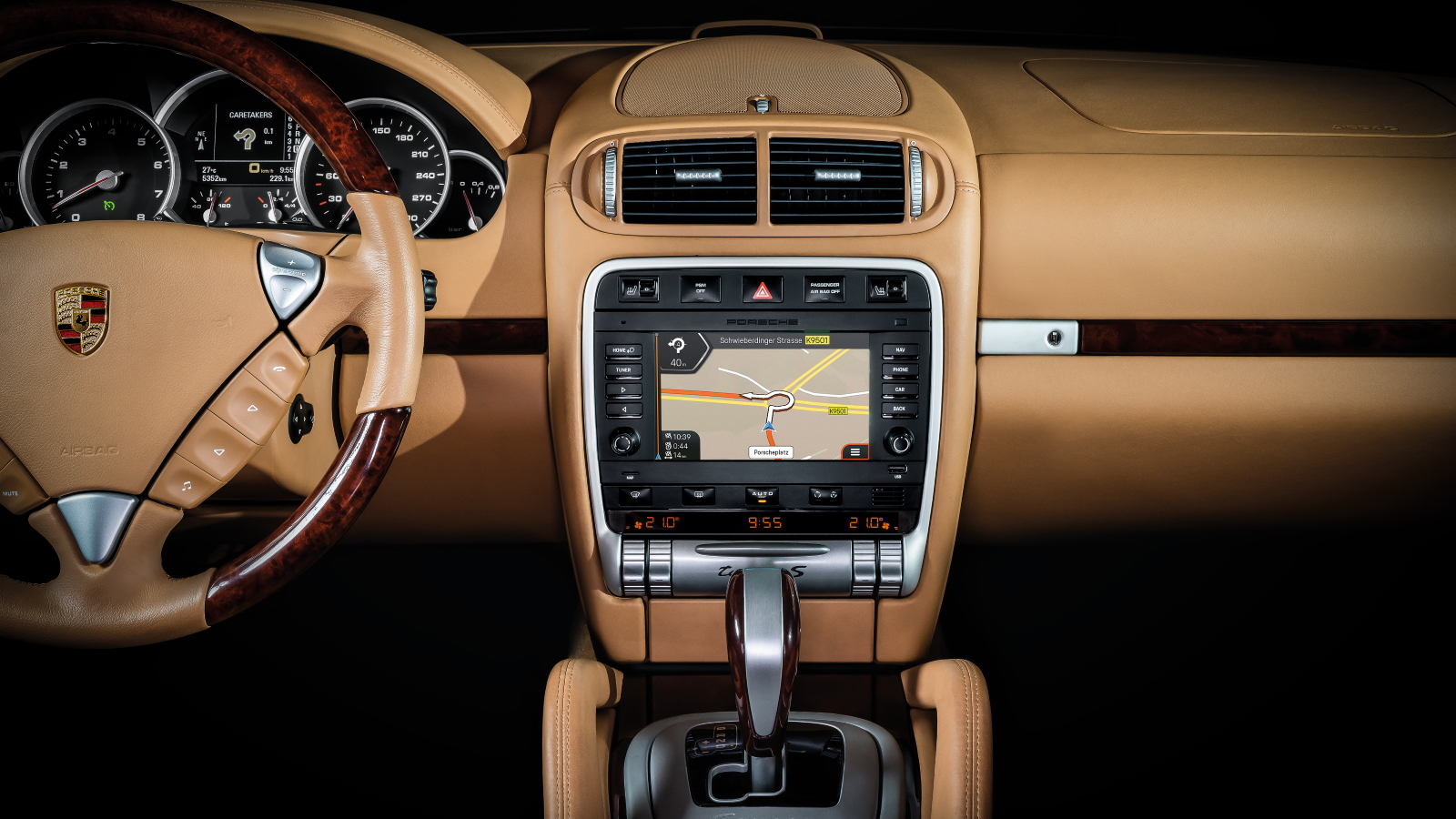 While the full version of PCCM may sound like a business seminar, it’s actually a line of infotainment systems that’s been around for a minute. Previously, these factory-looking upgrades added some very modern flourishes to various classic P-cars. Now, these new head units will also bolt right up to your 2005 to 2008 911, 2005 to 2008 Boxster, or 2003 to 2008 Cayenne and look properly OEM.

From carefully-chosen fonts to physical volume knobs, these units are carefully crafted to blend in while offering all the latest tech. I’m talking about Apple CarPlay, Bluetooth connectivity, Android Auto on PCCM Plus units, and available SiriusXM satellite radio and modern native navigation on both PCCM and PCCM Plus units. Formats like CD, DVD, DAT, and Hit Clips aren’t supported, but that feels like a small price to pay for modernity. 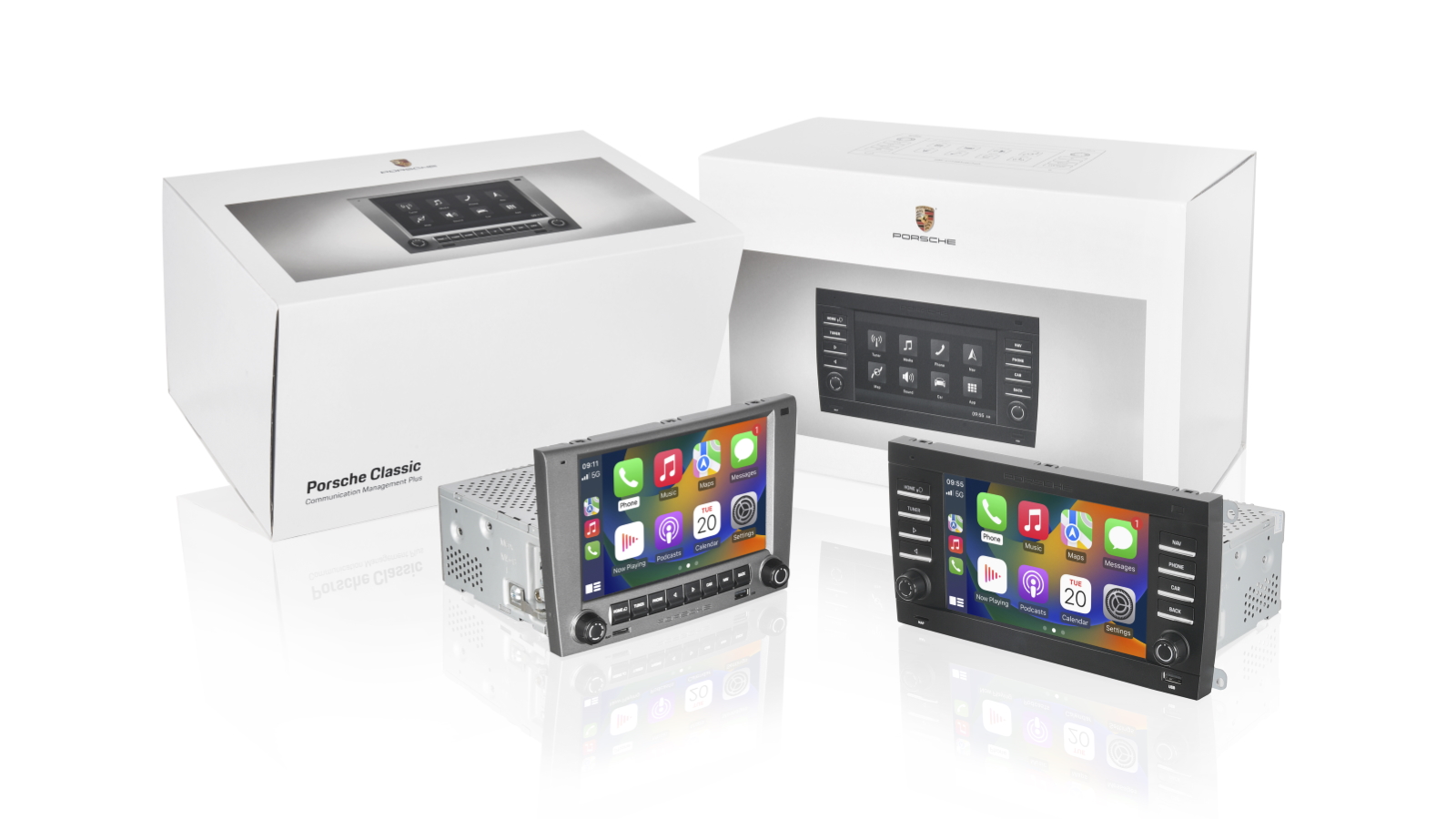 In addition to working with all your devices, these systems maintain full car-side functionality, meaning a trip computer, vehicle setting adjustment, and even being able to beam navigation directions up to the gauge cluster. Plus, everything’s displayed on a beautiful seven-inch touchscreen, more inches than a lot of us 2000s German car owners are used to having. 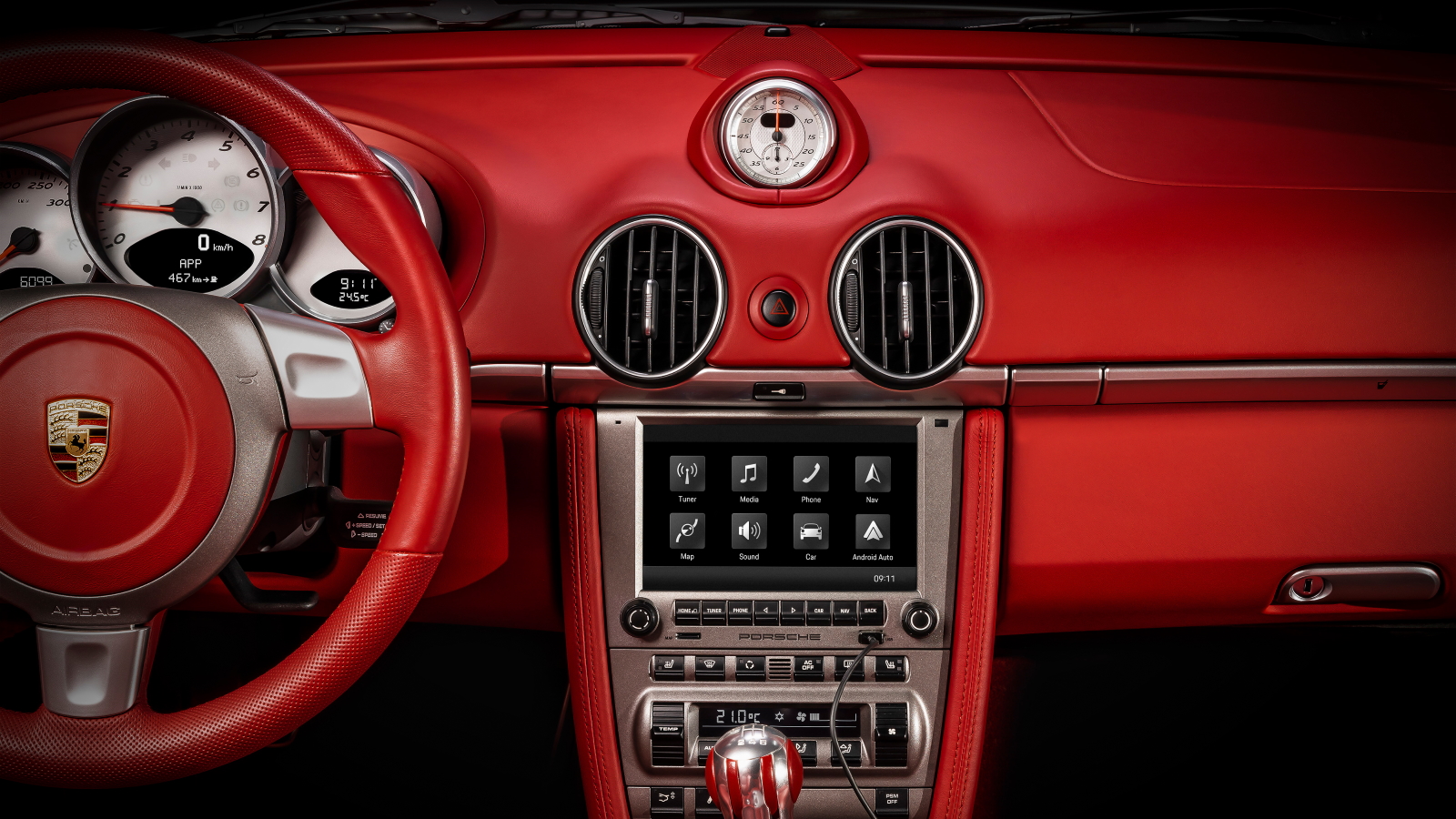 With a list price of $1,475.99 plus fitting for the PCCM Plus system, these latest PCCM units aren’t cheap. However, they’re not much more money than many high-end double-DIN aftermarket head units and are a hell of a lot less expensive than a brand-new Porsche. That last one may sound like a silly comparison, but hear me out. 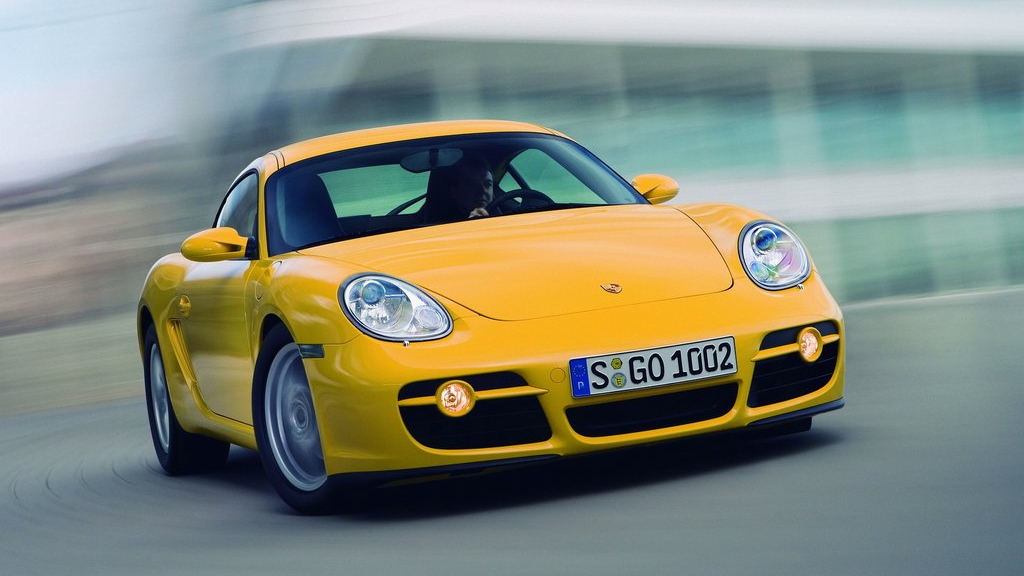 If you don’t care much for driving aids and are willing to shrug off small-overlap impact protection, infotainment and driver engagement are the only real differences between 2000s cars and new cars. Buy just about any enthusiast car from 2006 and you’ll realize that it has just about all the toys you’d want, won’t overheat in traffic, and is still plenty quick. While it’s hard to add steering feel and manual gearboxes to new cars, putting OEM-like modern infotainment in older cars should give you a daily driver that’s the best of both worlds. 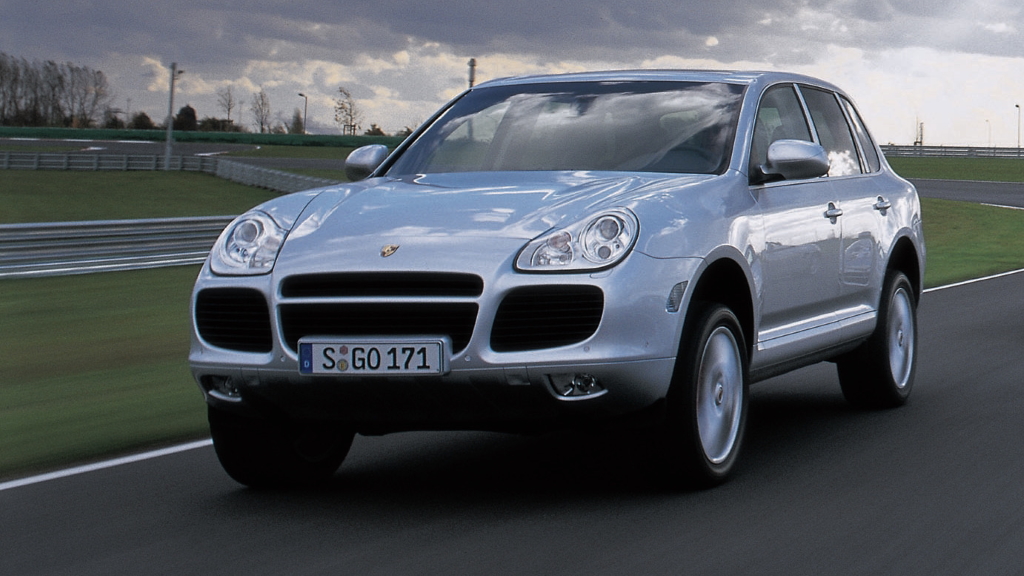 Ultimately, I’d love to see carmakers capitalize on a circular economy for vehicles. I’m talking about factory-authorized refurbishment services so that customers can keep driving their old cars. Really rotten examples can be stripped for parts, decent ones can be partially disassembled, have the rust blasted off, get some fresh paint, and be sent right back out on the road.

In a way, Porsche already pays mind to older car owners with continued parts support and in-dealer restoration programs, but I want to see other automakers get with the program and then take it further. Plus, why not offer financing so that continuing to drive an old enthusiast car isn’t just for rich idiots and idiots who can wrench, but for all idiots? Of course, interest rates would likely be astronomical and approval rates would likely be low given that these loans would essentially be unsecured, but still. A guy can dream, right? 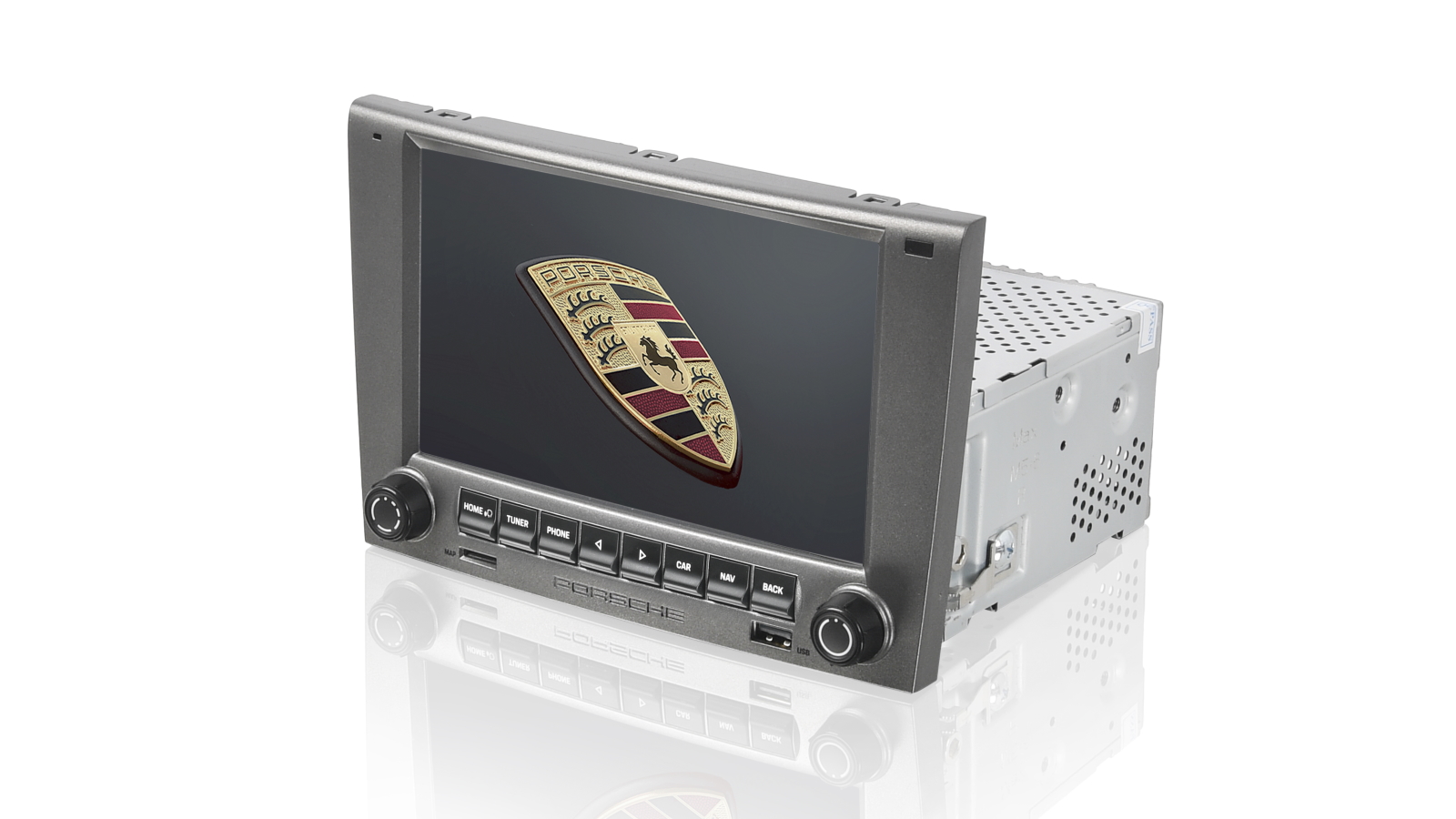 Thomas is a Nu Rave-blaring, heel-toe downshifting, maple syrup-swilling, chassis-geeking, junkyard parts-hauling, floppy-haired scenester who's been writing about cars since college. His current ride is a 2006 BMW 325i with the six-speed manual gearbox. Instagram: @thomas.hundal Twitter: @thomashundal
Read All My Posts »
PrevPreviousIt’s Wrenching Wednesday! Autopian Members: Let’s Talk About Your Car Projects And Problems (And I Have Plenty!)
NextHeeeyyyyyyy: Cold StartNext