Tesla has lowered prices of its vehicles seemingly across the board in an unannounced late night move, with prices dropping as much as 23% for a Tesla Model Y Performance and 6.4% for a Tesla Model 3 RWD. This move seemingly was done to take advantage of a procedural move by the IRS, which we wrote about earlier, that makes it possible to get the full $7,500 tax credit on a Tesla for a few weeks. Additionally, Tesla also dropped prices on other vehicles in the lineup, even though it may not qualify for tax credits.

“Honestly, I’m not even sure what to make of these changes,” Ryan Levenson, who owns the EV Cannonball Run record in a Tesla and makes videos about EVs, told me in a DM. “A Part of me is excited more people can afford to buy a Tesla and part of me is disappointed for recent customers who had to pay more to buy a car just a couple days ago, especially anyone who purchased in the last 12 days.”

Why is this happening?

“If I were to guess, this is an effort to qualify for the tax incentives while getting the largest possible quantity of new cars on the road in 2023,” said Levenson.

The Inflation Reduction Act, which passed last year, fundamentally altered the way the government gives credits for buying an electric vehicle. Prior to the law, the government’s initial tax credit had no price or income cap but was limited to 200,000 vehicles per automaker. The new law removes the 200,000 limit but puts additional requirements (like sourcing of battery materials) on automakers to qualify for the full $7,500. We have a write-up explaining this you can read.

Because of a debate over interpretation of the law, the IRS has delayed offering a final ruling on certain aspects until March 31st of this year. The income levels requirement is in place (meaning you need to make $150,000 or less filing solo or $300,000 filing jointly) and, more importantly, the price limit of a vehicle also is in place. A vehicle has to be under $55,000 if it’s a regular passenger vehicle and $80,000 if it’s an “SUV.” This is important. 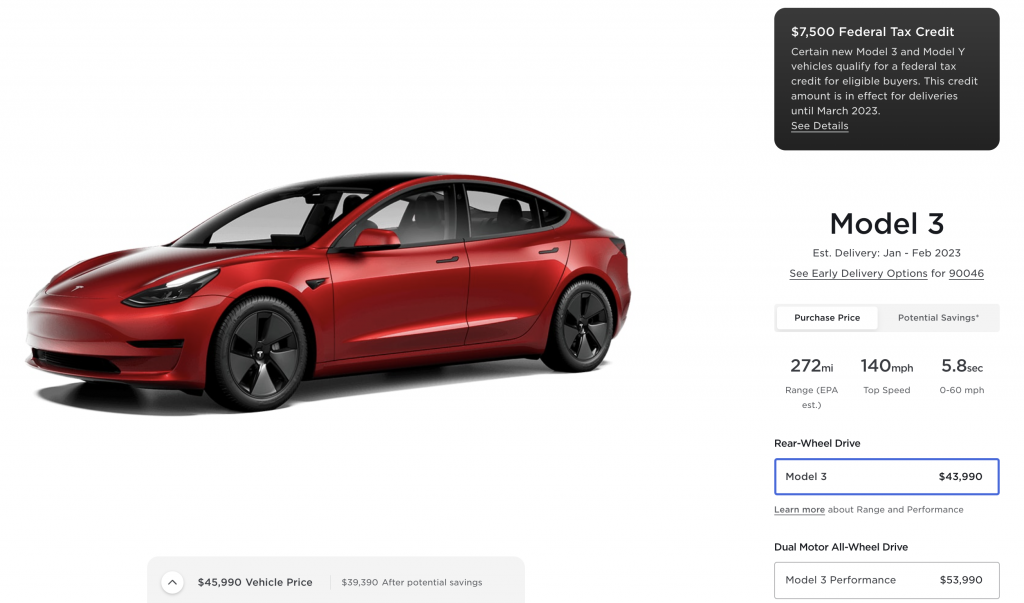 The same can be said for the Model Y Long Range, which was dropped to $52,990 from $65,990. That vehicle, too, should qualify. The Model Y Performance has also seen a massive price drop (at 23%, likely the biggest) to $56,990, though this probably keeps it out of range for a federal tax credit.

Price drops aren’t just limited to lower-end Teslas, as others have noted:

BREAKING: @Tesla has reduced the price of the Model S/X in the US:

In addition to keeping ahead of the quirk in federal tax law, this is likely also to be a boon for Tesla when the company needs to change the narrative from stories about CEO Elon Musk only caring about Twitter now and crashes involving cars with semi-automated driving systems. 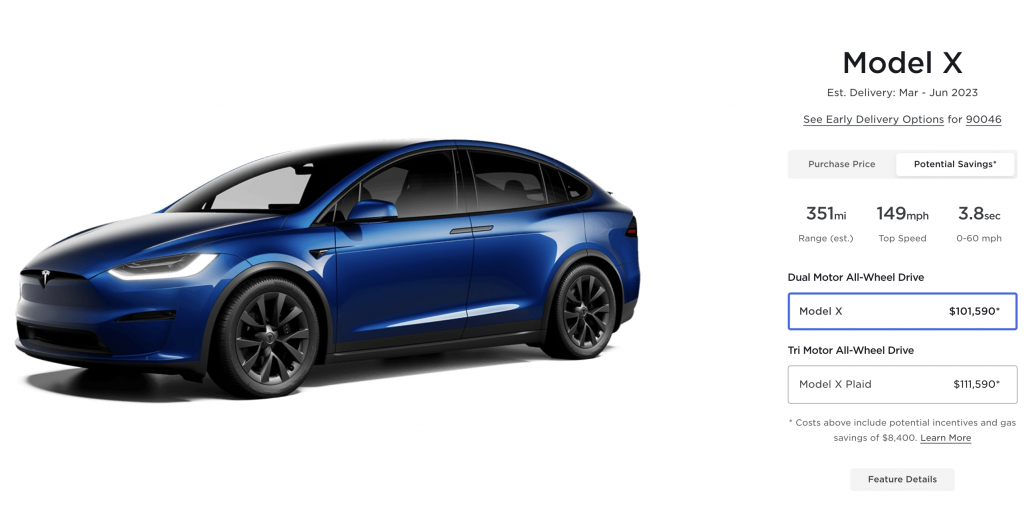 While it’s possible that Musk is doing this out of the goodness of his heart, the reality for the company is that it’s been losing market share as brands like Ford, Kia, Volvo, Polestar, and others offer comparable vehicles. According to a report from S&P Global Mobility discussed in this CNBC article, Tesla’s share of the EV market has dropped in the United States from 79% in 2020 to 65% in the third quarter of last year. The firm predicts that Tesla’s share will drop to 20% by 2025. This same issue is happening around the world, with Tesla dropping prices in China just days ago. Some have also pointed out the discovery of rare earth metals in Sweden, but the timing of that is questionable. 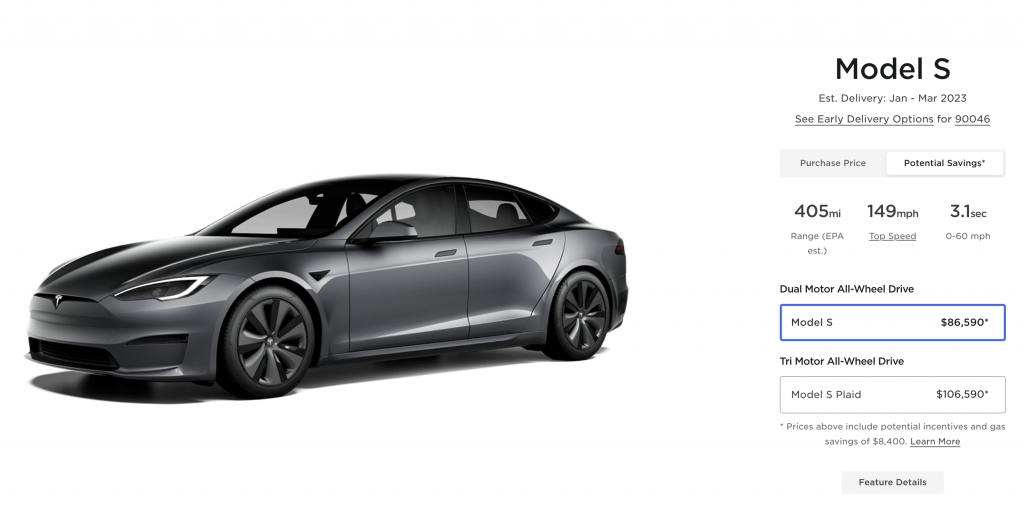 “Price changes of this magnitude are unprecedented and while it’ll surely increase demand this quarter, in my opinion it also has the potential to really hurt brand loyalty,” said Levenson. “Whatever it is, I don’t think any other OEM can compete with this, Tesla had the largest margins on their cars in the industry and probably still will after this which is potentially the most insane part.”

It’s important to point out that the most popular interpretation of the law is that the vehicles need to be delivered by March 31st, so you can’t just order one and file it on your taxes later. This is perhaps why Tesla says delivery is estimated between January – March 2023 on their website.

Howdy! I'm the Publisher of The Autopian which means I'm to blame for at least a small part of this. I used to run another car site and then made movies and TV shows. Now I'm here to convince you to buy a Peugeot.
Read All My Posts »
PrevPreviousToyota Drops Hydrogen, Electric AE86s At The 2023 Tokyo Auto Salon
NextThe Hybrid Wankel Rotary-Powered Mazda MX-30 R-EV Is Finally Here. Here’s How It WorksNext