The Tokyo Auto Salon is where the tuners come out to play, but lots of times the automakers themselves get to have fun too. Case in point: Toyota came to party at Japan’s version of SEMA (kinda, mostly) with not one but two powertrain-converted AE86s that don’t run on gasoline at all. One is a battery EV, and the other one is powered by hydrogen. “Carbon neutrality for protecting beloved cars,” as they say. Let’s dive in.

Behold, the AE86 H2 Concept and the AE86 BEV Concept. You can probably guess which is which from the graphics you see below:

I feel like these cars should need no introduction around here, but just in case: the AE86 was the early-mid 1980s iteration of the Corolla, and the last of the rear-wheel-drive Corollas. Their punchy twin-cam engines, low weight, superb weight balance, RWD setup and low sticker prices made them iconic as cheap drift cars. A Sprinter Trueno is famously the star of the Initial D street racing anime and media franchise, and AE86s are still even seen in Formula Drift today. It’s where the GR 86 name comes from too. In case you don’t know, this humble hatch remains a big deal in Toyota’s performance car and motorsports history, even if it was never a king of straight-line speed.

Toyota honored them today by dropping two converted Hachiroku cars on us at the Salon, and they are both as innovative as they are rad. The fixed headlamp version, a Corolla Levin, runs on battery power, while the pop-up headlamp Sprinter Trueno version is the hydrogen one.

Here’s what Toyota had to say about the Sprinter, which is powered by hydrogen because Toyota just can’t quit hydrogen:

By utilizing the knowledge acquired by “making ever-better motorsports-bred cars” as put into practice by TGR and ROOKIE Racing in Japan’s Super Taikyu Series, TGR has developed a vehicle that can be driven while enjoying the internal combustion engine’s appeal points of sound and vibration. For this, two Toyota Mirai fuel cell electric vehicle high-pressure hydrogen storage tanks are mounted in the rear, and other modifications, including fuel injectors, fuel pipes, and spark plugs, have been kept to the minimum.

Also, the battery-powered Levin, complete with some guts from much newer Toyota hybrids:

Utilizing the electrification technologies cultivated by Lexus, the AE86’s body, light weight, and front-rear weight balance were maintained as much as possible, while the robust driving force characteristic of a battery electric vehicle (BEV) and a manual transmission were adopted to develop a vehicle that offers even greater driving pleasure than the original. The vehicle also makes maximum use of the electrification technology of existing commercially sold vehicles, employing a Tundra HEV electric motor, a Prius PHEV battery, and others.

And yes, both of them kept their manual gearboxes. We love to see it! 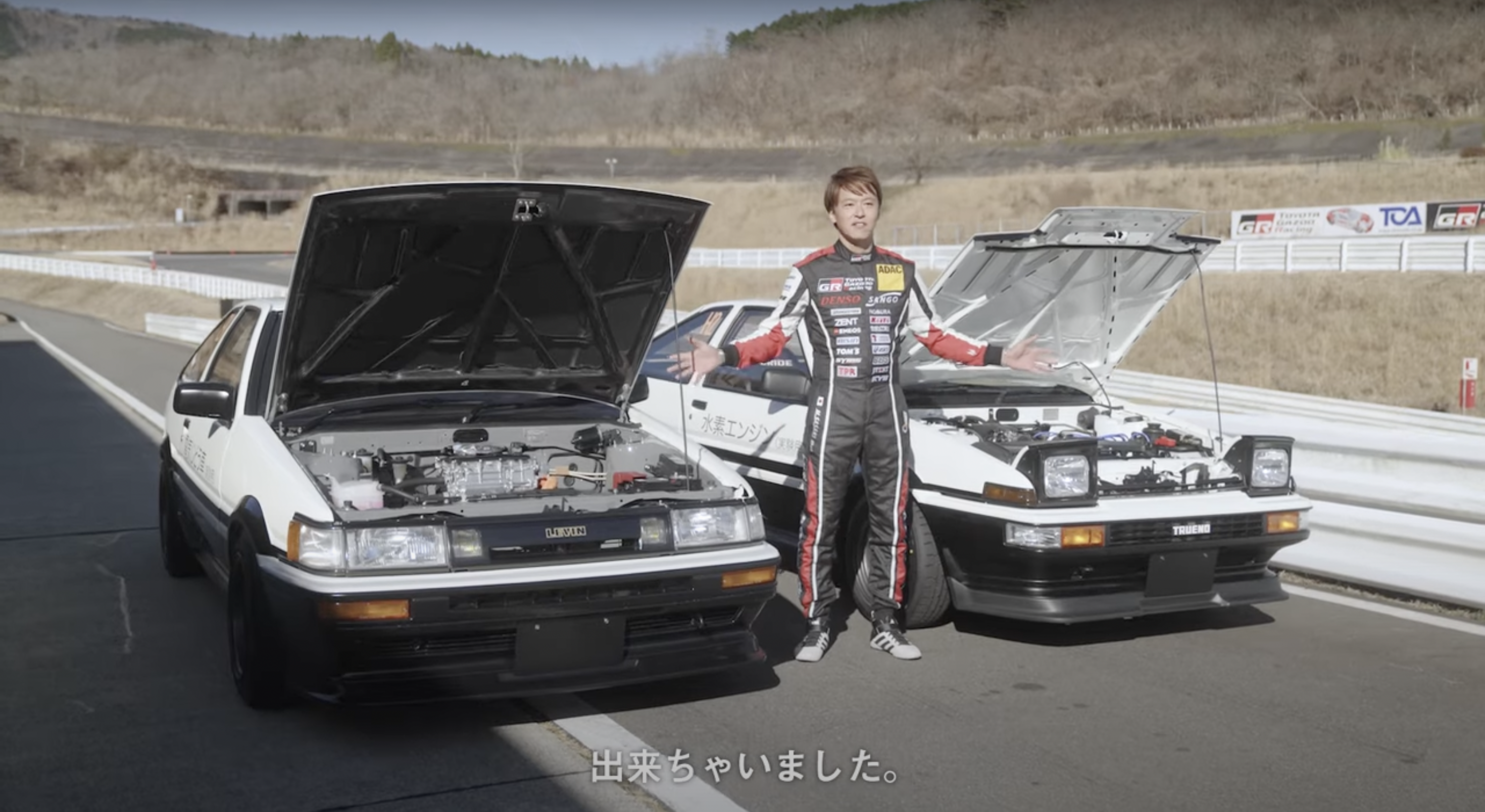 Besides the powertrain stuff, here’s something else I think is fun: the seats have been refurbished and the seatbelts and seatbelt pads were made from recycled materials, so it’s got an element of sustainability throughout.

Of course, that is before all the tire-squealing sideways action, which these cars remain extremely capable of. Check out this promo video, but be advised it’s in Japanese:

Look at them go! Hopefully a subtitled version will debut soon because I’d love to know more about both of these builds.

Apparently, the “theme” of Toyota and Lexus at this year’s salon is “Toyota will not leave anyone who loves cars.” I think that’s delightful, personally, and if Toyota needs any Western journalists to see what these two can do, we at The Autopian volunteer.

They just need to bring the hydrogen. We ran out weeks ago. 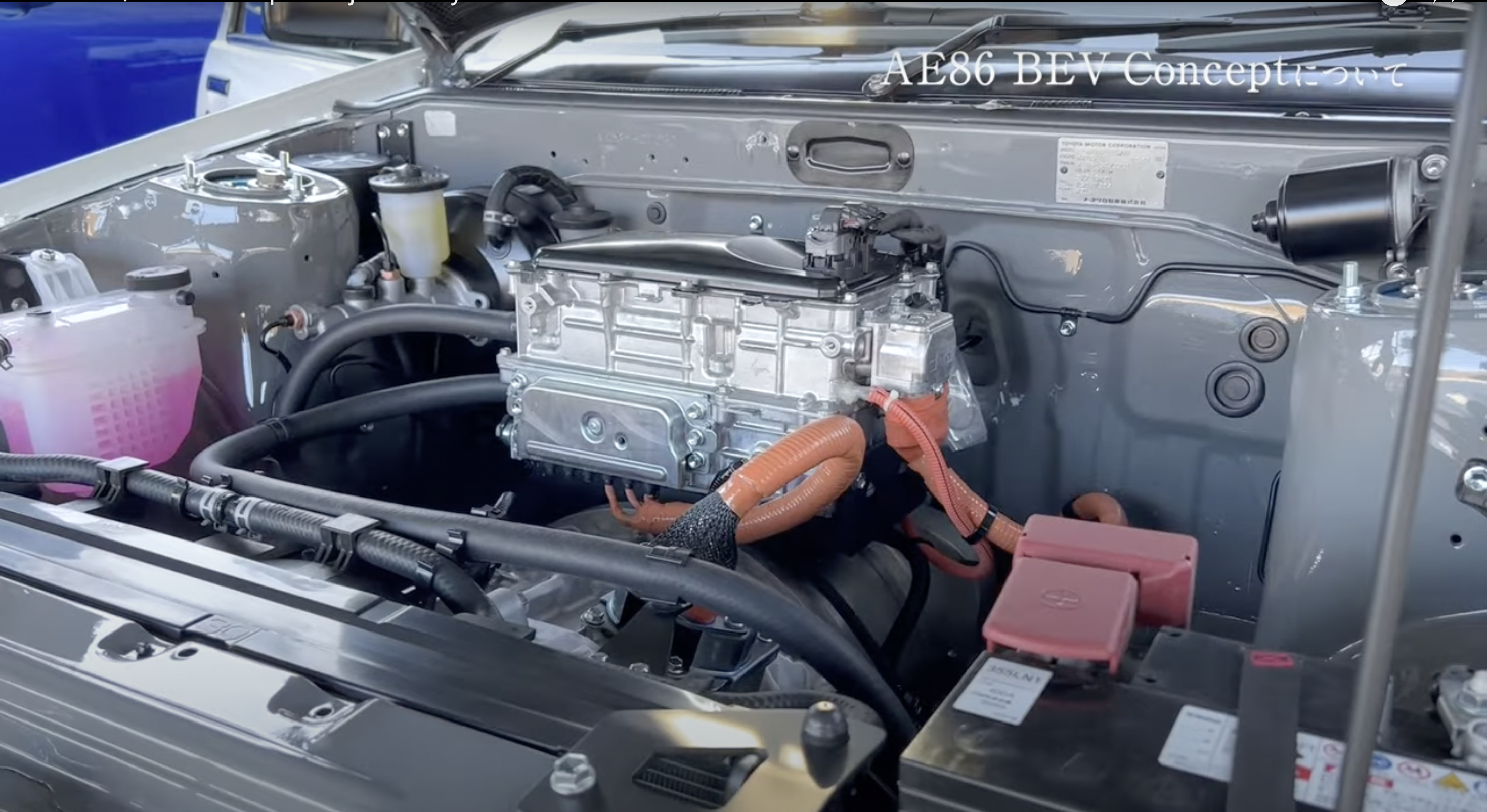 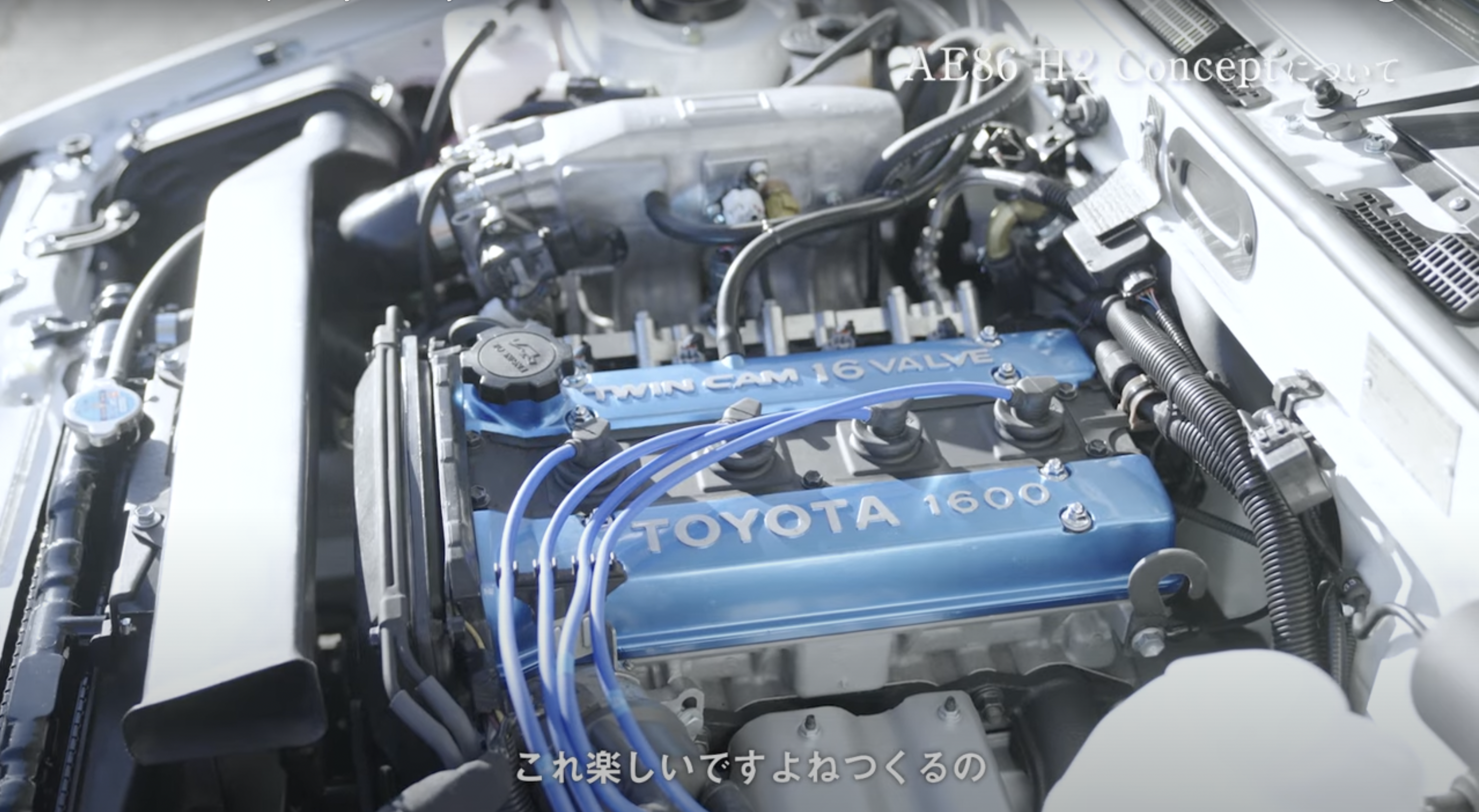 Editor-at-Large at The Autopian.
Read All My Posts »
PrevPreviousThe 2024 Nissan GT-R Surprises Everyone With A Facelift, Declares Its Immortality
NextTesla Massively Lowers Prices Overnight, Makes Model Y And 3 A Crazy DealNext