The 2024 Nissan GT-R Surprises Everyone With A Facelift, Declares Its Immortality

Reports of the Nissan GT-R’s death have been greatly exaggerated. While some of us expected the 2024 Nissian GT-R to be a send-off of sorts, that couldn’t be further from the truth. In a presentation at the 2023 Tokyo Auto Salon, Nissan surprised the pants off of everyone by facelifting its ancient kaiju. 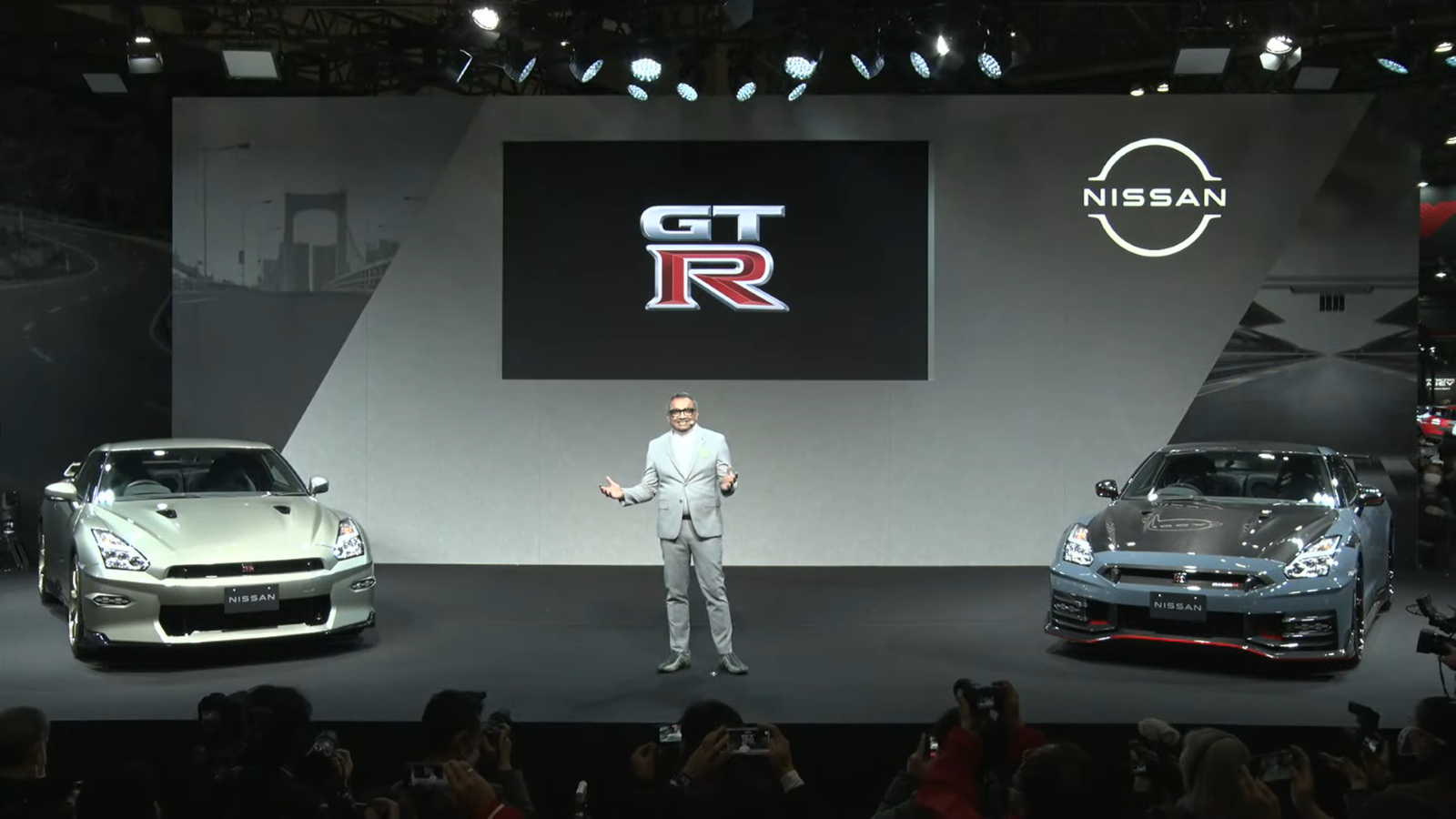 The GT-R is older than the Dodge Challenger. It’s older than Barack Obama’s presidential nomination. It’s older than David Banner’s The Greatest Story Ever Told. These things were prowling the streets while MySpace was alive and well, and Nissan doesn’t seem like it’s planning to end production anytime soon. Despite its archaic nature, the R35 GT-R is such a flex of craftsmanship by a Japanese automaker that it’s basically a Toyota Century for people who know what TX2K is. That it receives another facelift at all is a marvel.

So what’s new with the 2024 Nissan GT-R? Well, the front and rear bumpers have been dramatically re-shaped for the sake of style and aerodynamic efficiency. While the blacked-out bumper beam cover is gone from the front end, Nissan claims that the new car features the same grille area as the old one. Separate daytime running running lights make a reappearance, although their hexagon overlays are new and distinctive. 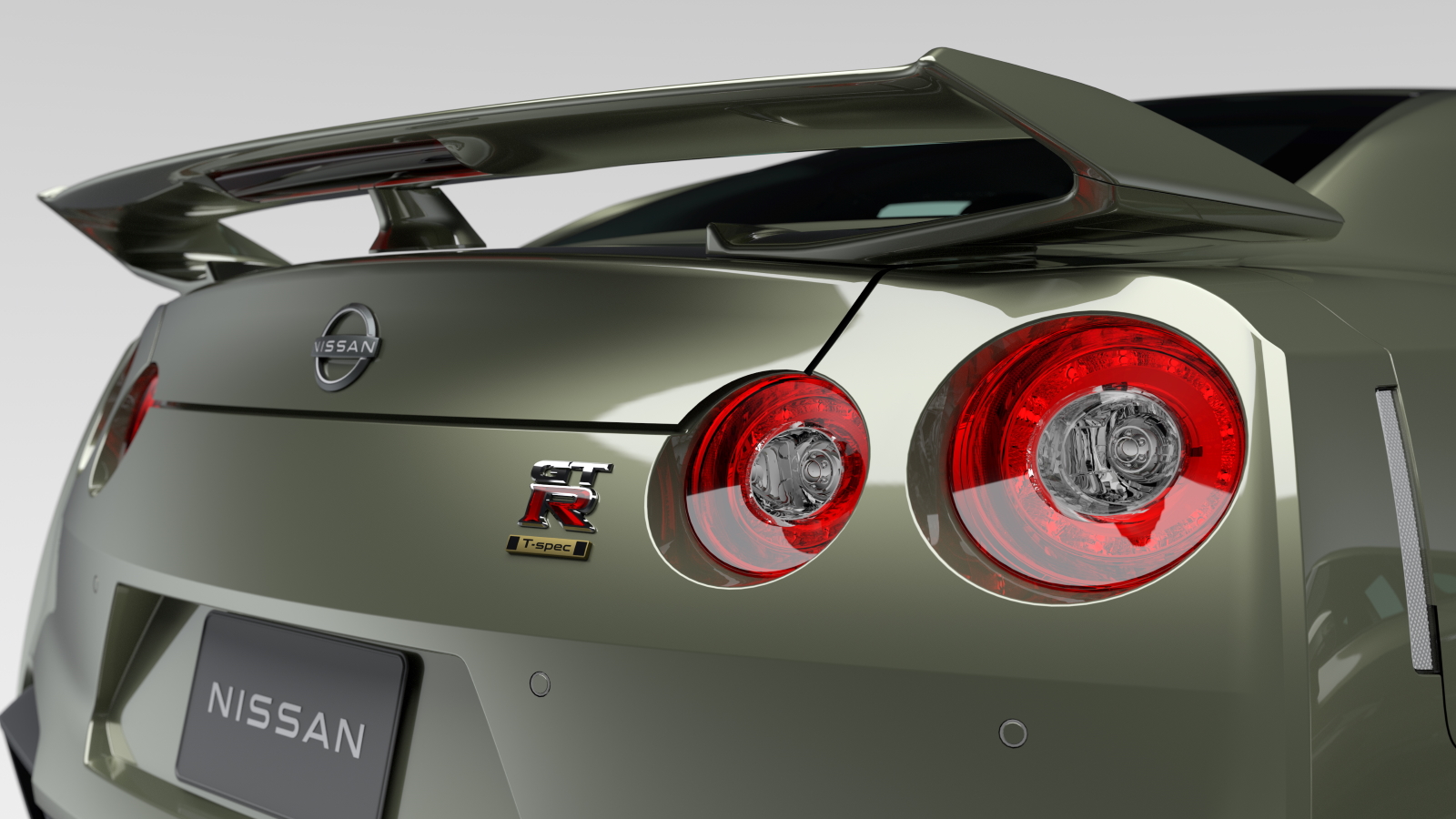 Around the back, a new rear bumper with a trapezoidal license plate recess gets a new diffuser for better aerodynamic efficiency. A wider rear wing with vortex generators mounted further rearward on the decklid, which helps with the rest of the body tweaks to improve downforce by 13 percent without affecting drag coefficient. It’s all very nerdy, which means it’s all perfectly GT-R. 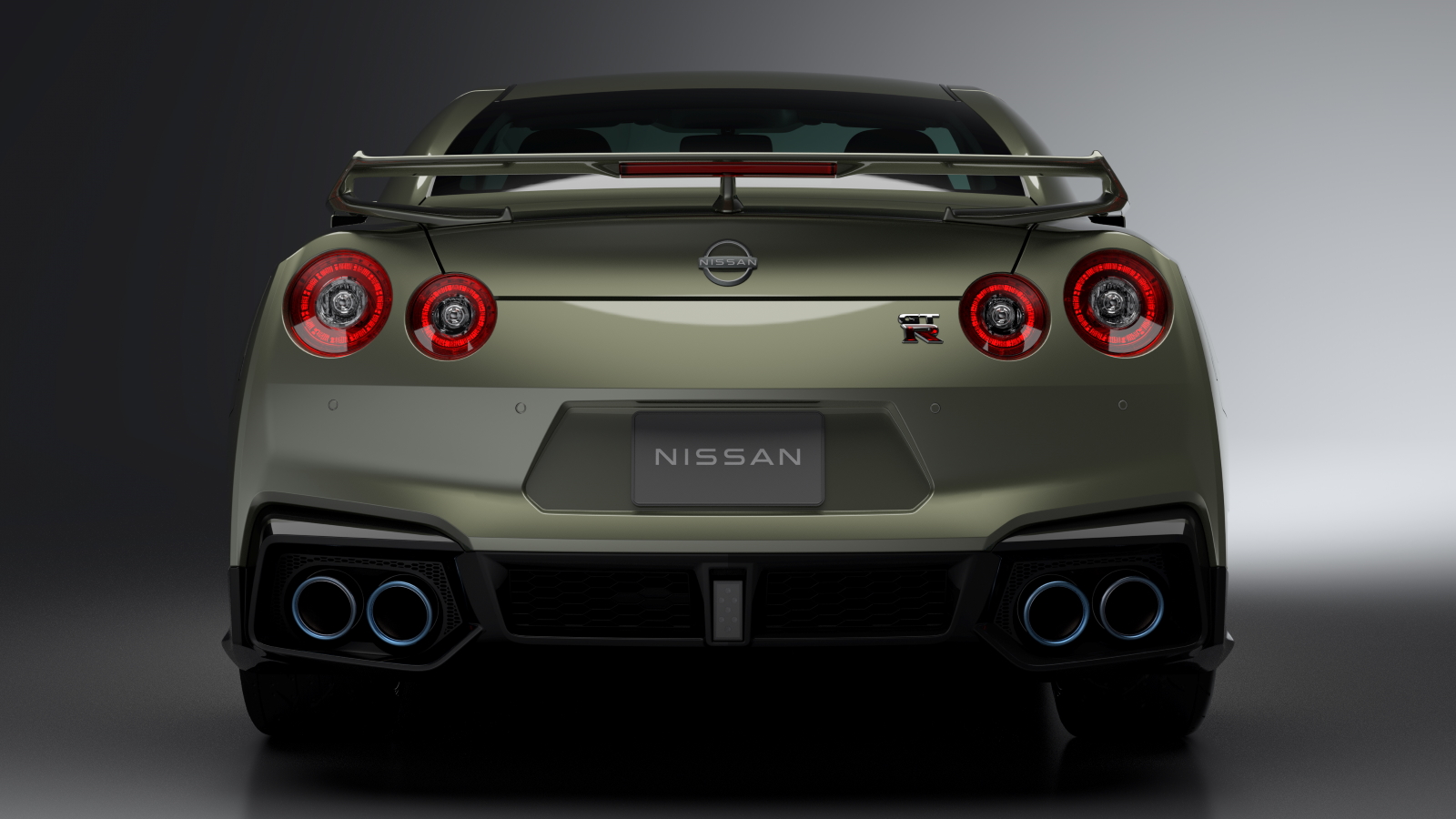 Horsepower of the Premium and T-Spec models is still 565, so expect straight-line acceleration to be similar to that of the old model. This comes despite a new muffler to pass strict noise regulations. Unusually, the new muffler uses a resonance chamber and a bunch of small vortices to cut exhaust noise, the latter of which Nissan claims was inspired by jet engines.

The other big news for GT-R otaku is that the T-Spec model gets some properly cool heritage colors. Millennium Jade returns, while Midnight Purple also makes an appearance, much to the delight of R34 Skyline GT-R fans. What’s more, the T-Spec model gets a green interior which sounds delightfully weird. Sadly, we don’t have a picture of it, but it’s not hard to imagine given how long the GT-R has existed for. 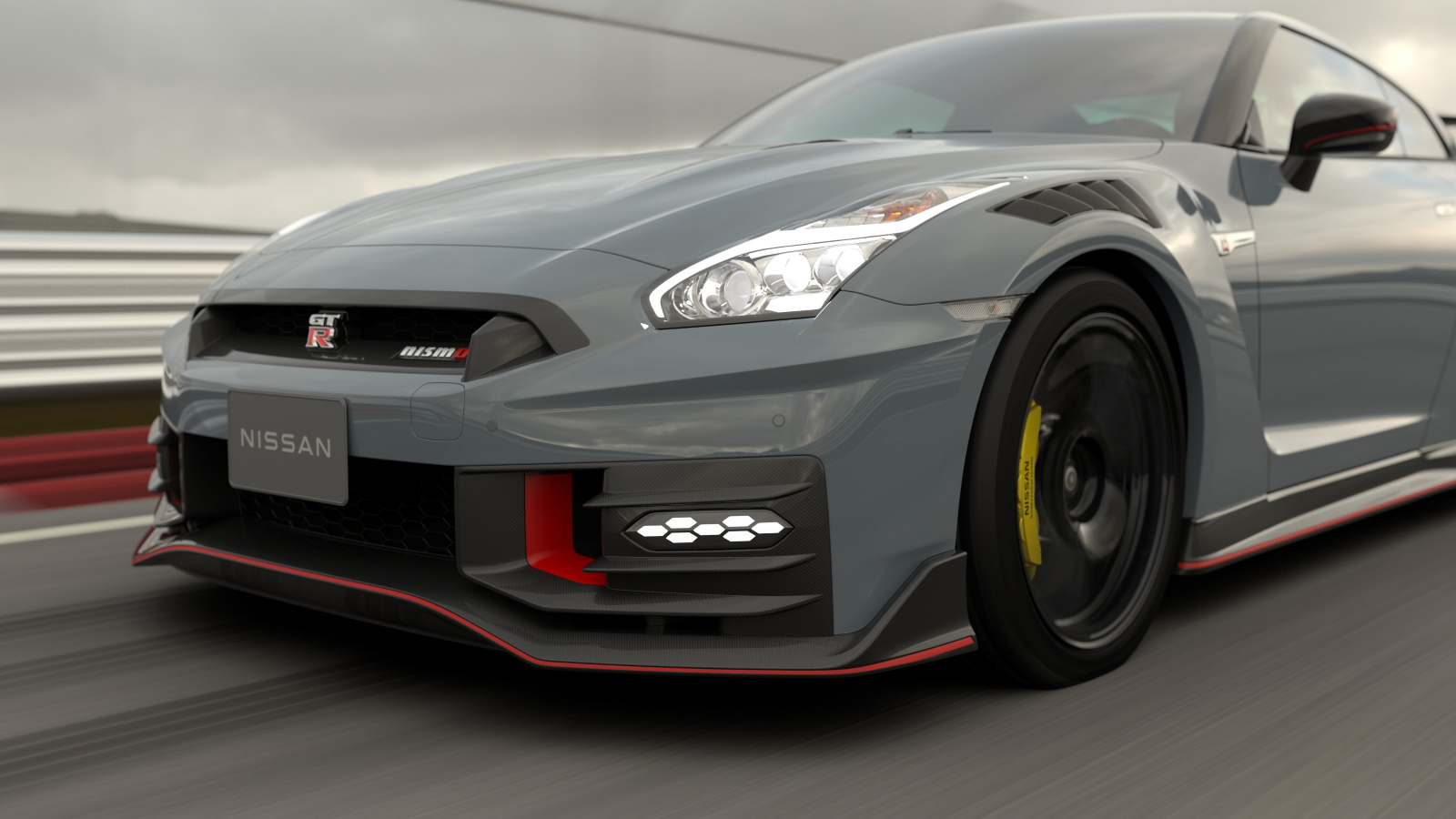 Stepping things up to the Nismo variant, it also gets a new front fascia, although this one’s a bit weird. The grille strakes are styled to effectively pierce the bumper beam, while even more red accents than usual make it very well known that this is a Nismo model. Things get even stranger around the back, with a massive black diffuser and trim piece reaching skyward up the edges of the bumper. It’s truly a bizarre look, but we’re glad that Nissan is letting its freak flag fly. 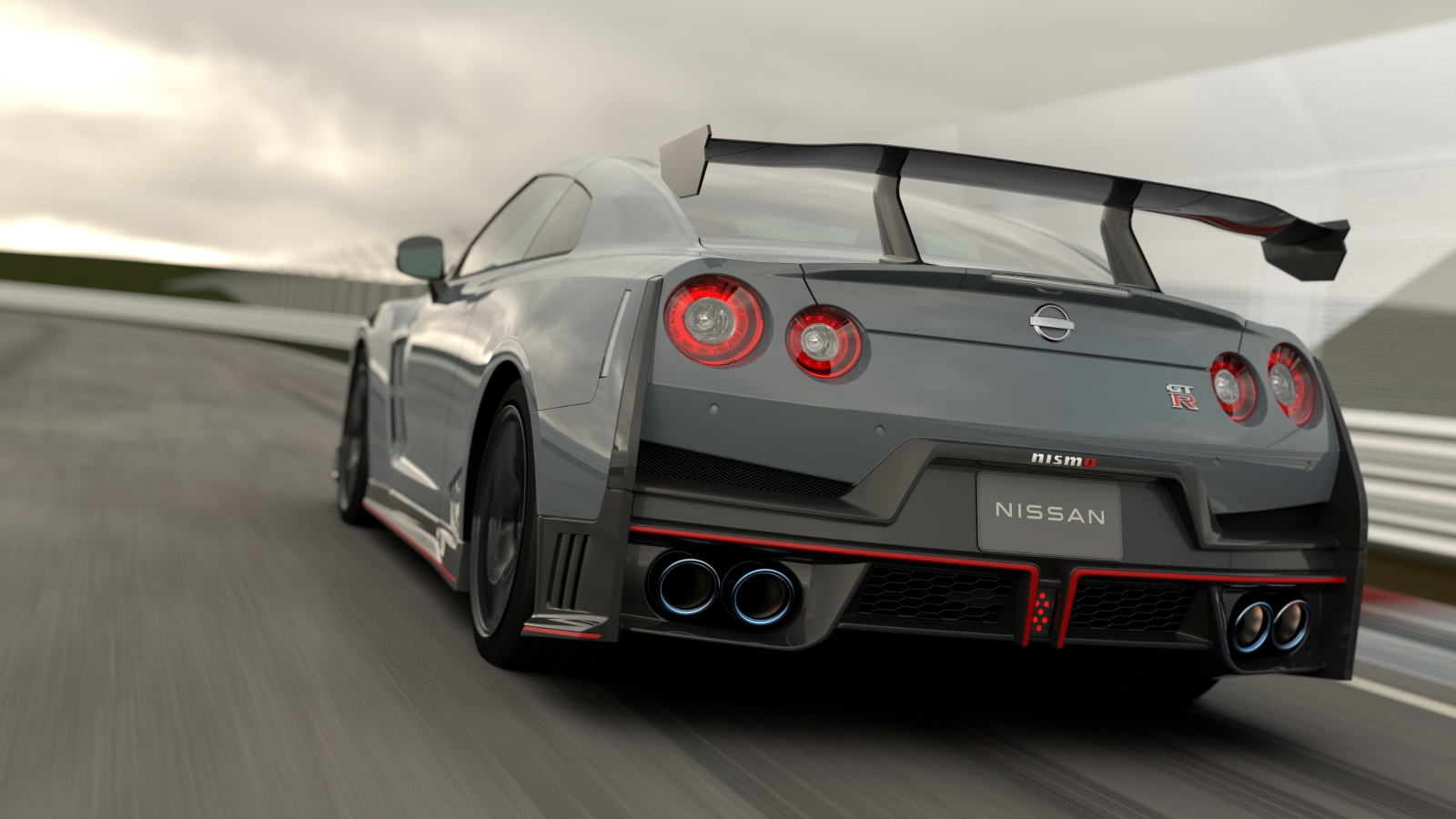 In terms of performance bits, the GT-R Nismo gets brand new ultra-thin Recaro seats that look to weigh as much as a cheeseburger, while the drivetrain is enhanced with a new limited-slip front differential. Power is predictably unchanged at 600 horses, but this thing should still fly. 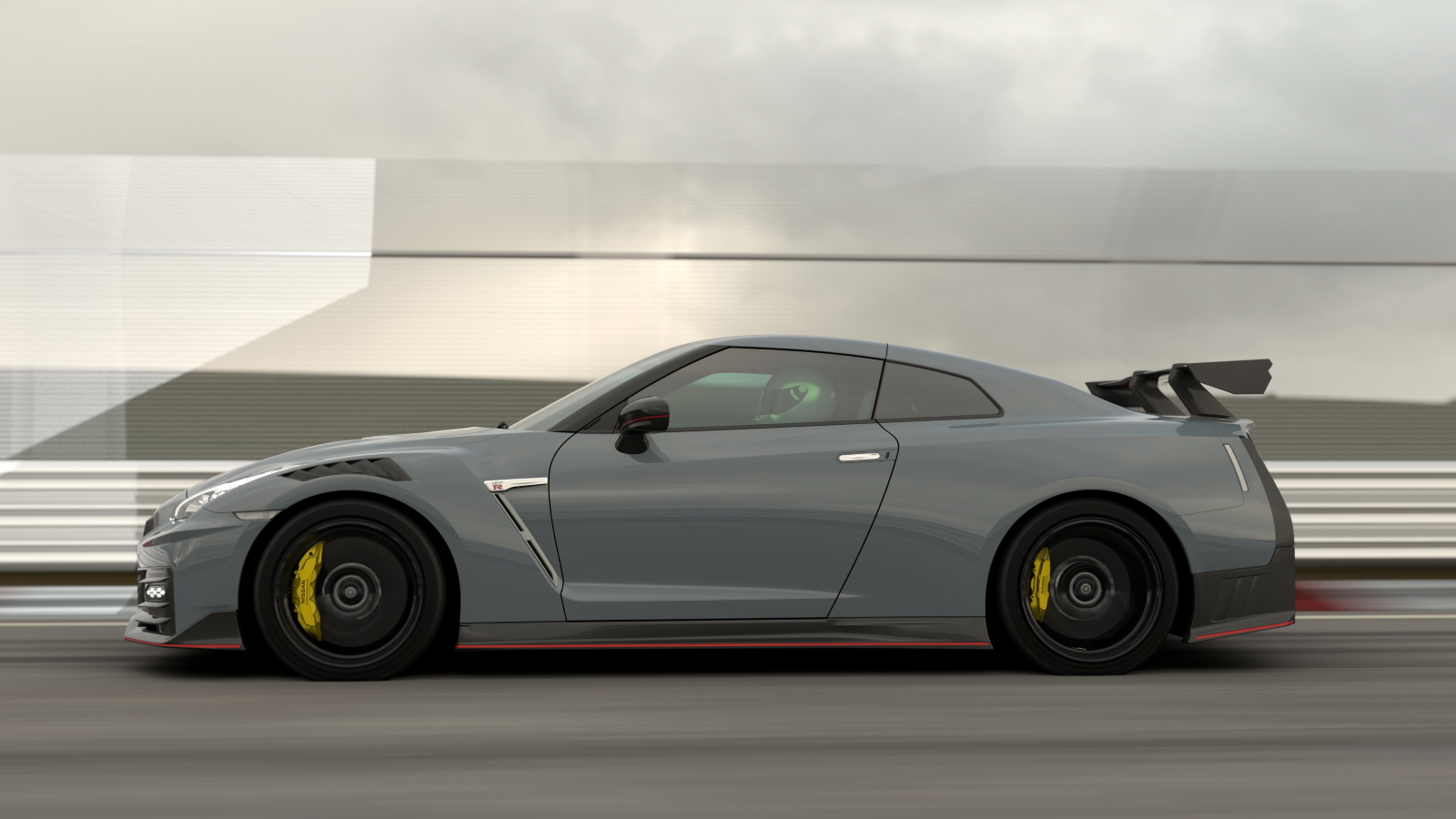 There’s no word yet on pricing or American trim level availability of the 2024 Nissan GT-R, but don’t expect it to be cheap despite the model’s age. It may date back past the days of crabcore, but it can still get down with the best of them. Long may it continue, for a replacement doesn’t appear to be in sight.

Look At How Much Nicer China’s Nissan Juke Was

The 1990s Nissan Sentra SE-R Was Japan’s Version Of The Sporty But Understated BMW 2002: Holy Grails

Thomas is a Nu Rave-blaring, heel-toe downshifting, maple syrup-swilling, chassis-geeking, junkyard parts-hauling, floppy-haired scenester who's been writing about cars since college. His current ride is a 2006 BMW 325i with the six-speed manual gearbox. Instagram: @thomas.hundal Twitter: @thomashundal
Read All My Posts »
PrevPreviousHere’s Another Cheap Car For Malcolm Bricklin To Try To Sell To Americans: Comment Of The Day
NextToyota Drops Hydrogen, Electric AE86s At The 2023 Tokyo Auto SalonNext